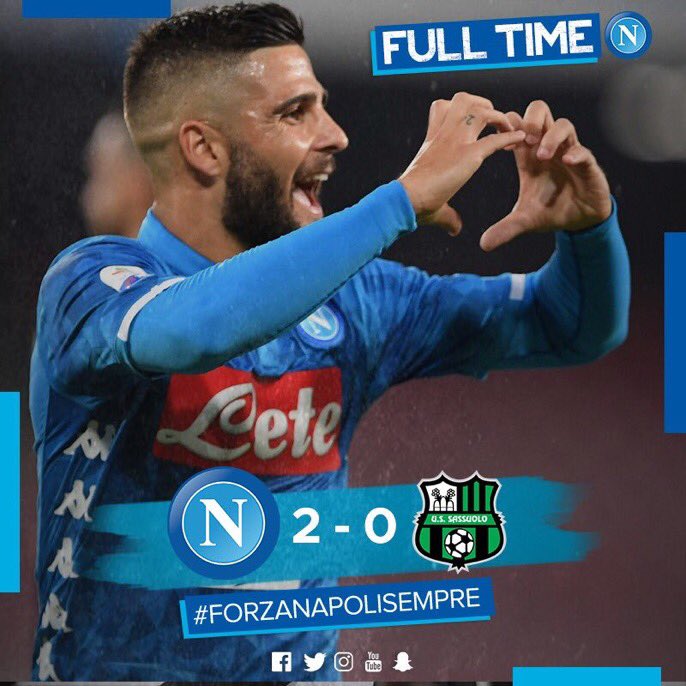 Ancelotti achieved his fifth consecutive win in front of his crowd after beating Sassuolo 2-0.

Ancelotti’s team clearly won the game against a fighting Sassuolo. Goals from Ounas and Insigne decided the match in favor of Napoli, a team that so far has 100% wins at San Paolo. The Napolitans have played 5 matches in their stadium and all of them ended with a win. To add to this, the team hasn’t conceded a single goal at home since 4 games ago. “Today wasn’t an easy game. We suffered a complicated beginning but then we found continuity. Then we showed great football competing with personality”, said the Italian coach.

The end of an excellent week in which the team has showed the result of hard work and determination. Now a few days off so as to return stronger. #ForzaNapoliSempre pic.twitter.com/b2lPA23zJc

With this win, the fifth in the last 6 matches, Napoli will wait comfortably for the end of the international break, when they’ll have to compete again. On Saturday October 20, Ancelotti’s team will play against Udinese.