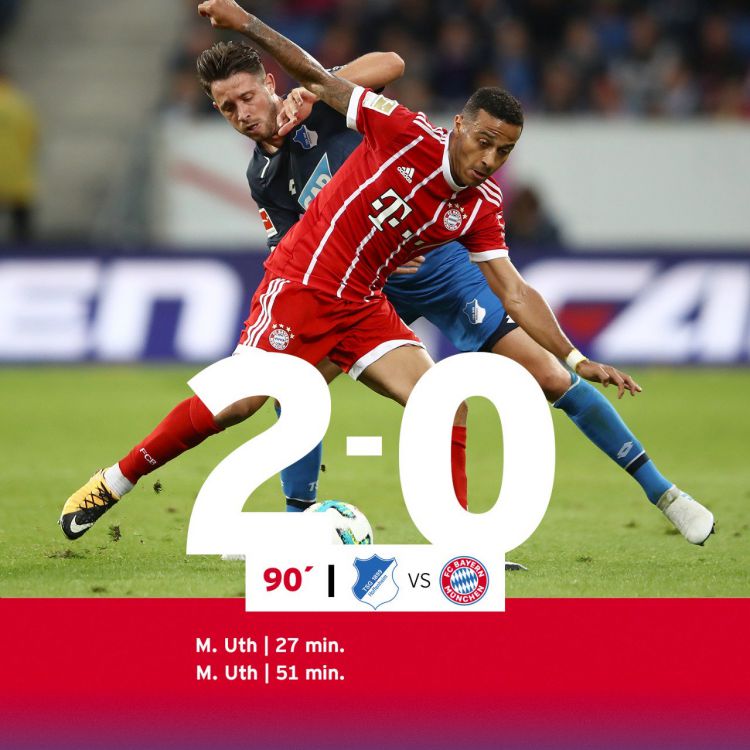 Ancelotti’s men deserved more in a match in which Hoffenheim’s keeper was the star of the evening.

The Bundesliga came back after the national team break and it did with a surprise. Bayern conceeded their first defeat of the season on their visit against TSG 1899 Hoffenheim. The match was marked by the effectiveness of the local attack and especially by the brilliance of Oli Baumann. Hoffenheim’s goalkeeper was the man of the match with great and amazing saves. He rejected all Bayern efforts, a team that deserved a bit more.

Hoffenheim barely generated danger but they got ahead after a goal from Mark Uth, with a bit of controversy as well. Bayern stressed that the ball hadn’t gone out of the pitch after a rejection from Hummels. However, the referee gave the goal as legal. Ancelotti’s men didn’t surrender and Lewandowski had several chances but all his shots hit either on the crossbar or were saved by Oli Baumann.