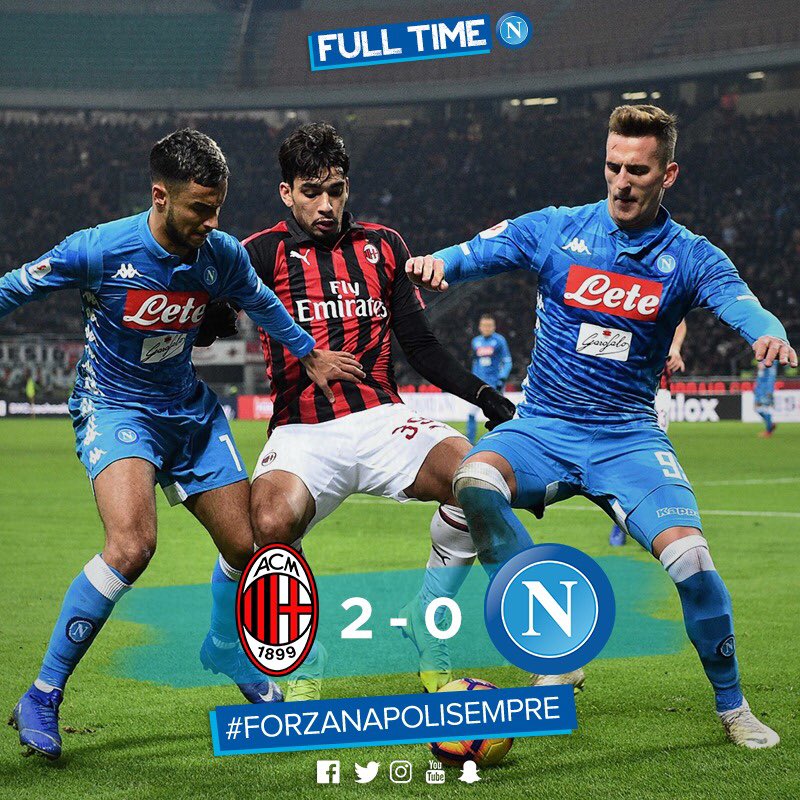 The second game in four days for Ancelotti at San Siro didn’t have a happy ending. Napoli lost to AC Milan 2-0, and is out of the Italian Cup. Despite the Neapolitans dominated the game, they couldn’t materialise the chances they created. Carlo regretted his team mistakes in press conference. “The game was marked by the two goals conceded due to the defense lack of attention,” pointed Carlo.
Despite the defeat Carlo doesn’t think his team is going though a difficult moment. “Today’s game was an accident. So don’t magnify it, it’s just a match. Any problem will be solved working,” acknowledged the Italian.