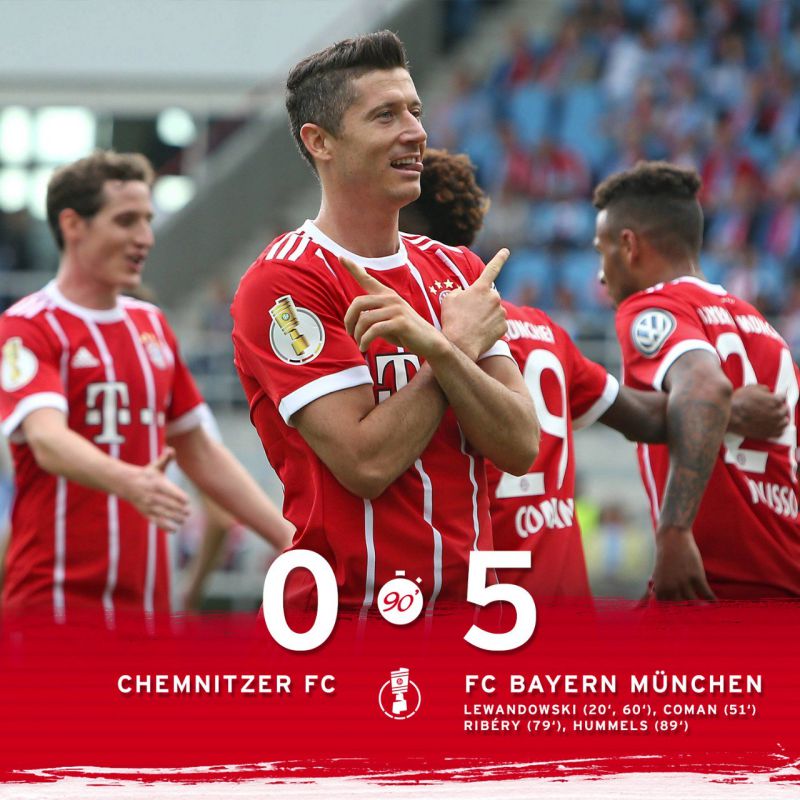 Bayern hammered Chemnitz (0-5) in the first leg of the German Cup.

The German team had a brilliant start on the DFB Pokal. With a very pleasing and offensive game Bayern hammered Chemnitz and qualified for the second leg of the DFB Pokal.

Lewandowski opened the score in the first half. Nevertheless and in spite of the chances, the match wasn’t decided until the second half. Then men like Coman and Lewandowski appeared to sentence the match with two new goals. Then on the final minutes, Ribéry and Hummels closed the wide margin win.

As the match ended Carlo Ancelotti was quite satisfied with the performance of his team: “We did a great match. We showed plenty of energy”, stressed the Italian coach.