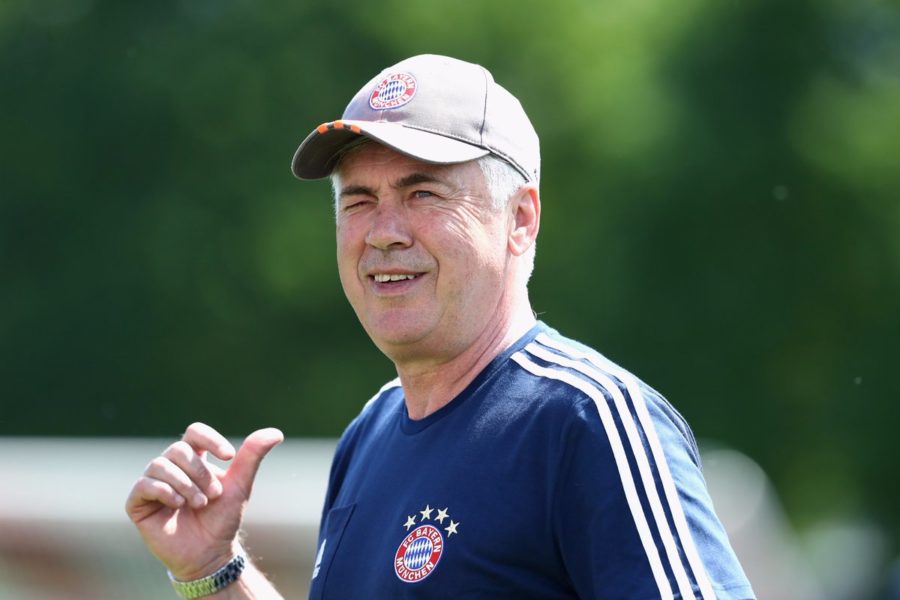 The league competition returns to Germany and it does it after three months of pause. This Friday (20.30) Bayern will host Bayern Leverkusen at the Allianz Arena. A debut match in which the team comes after DFB Pokal received a thrashing and after winning the German Supercup: “We are very excited to start the Bundesliga against Leverkusen. The first match is always hard but I think we are in shape to confront it and hopefully we’ll perform quite well”, said the Italian coach.

Ancelotti confronts the challenge of winning the Bundesliga again and with more excitement than ever: “Everything is as planned, our rythm is good. We’ll see which players are ready to play on Friday”, said Carlo.

2 – Just 2 days to go until the start of the new #Bundesliga season. Countdown.#BLCountdown @FCBayernEN pic.twitter.com/Vs4JhjqhDc

After a pre-season with plenty of injuries the team is recovering its shape and all its players to confront the challenges of the season. The Champions League keeps on being the main aim but Ancelotti doesn’t forget about any competition and he trusts himself to win the Bundesliga again in a consecutive way. An ambition that makes Carlo Ancelotti one of the coaches with the most amount of titles in the world of football.