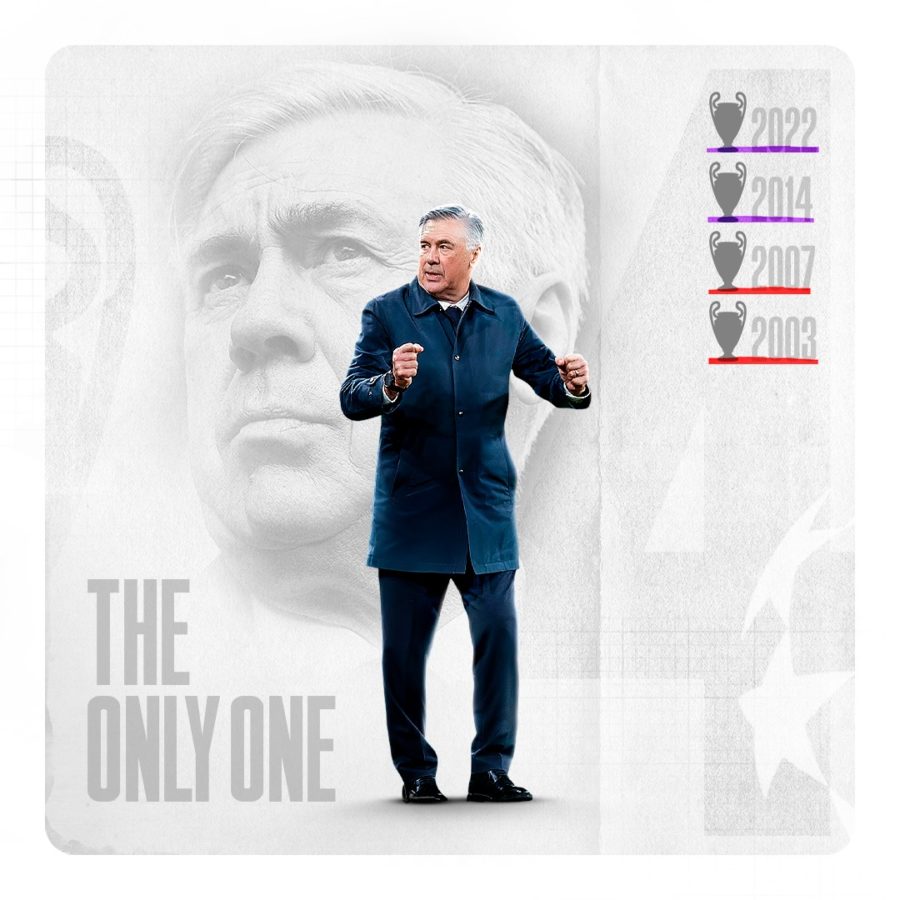 The Italian coach is the first coach in football history to win four Champions Leagues.

May 28, 2022, will be inscribed in gold letters in football history as the day Carlo Ancelotti won his fourth European Cup, becoming the first and only coach to reach this magical figure. A record that crowns the Italian as the best coach that the highest European competition has ever seen and that makes him ‘The Only One’ in his own right. Today Champions is written with the same nine letters as Ancelotti. They’re synonyms.

The victory against Liverpool, an old acquaintance of Ancelotti, adds to the one achieved eight years ago (2014) in Lisbon, also with Real Madrid against Atlético de Madrid (4-1 after extra time), the one won in Athens in 2007 with AC Milan against Liverpool (2-1) and the first of the marvelous series in 2003 when AC Milan knocked out Juventus on penalties at Old Trafford (0-0; 3-2). Four Champions with two different teams, which further reinforces the value of what Carlo Ancelotti has achieved this season.

Lastly, it must be remembered that Ancelotti adds two more Champions Leagues as a player, which raises the figure to an outrageous six continental trophies. Always defending the AC Milan shirt, he beat Steaua Bucharest (4-0) in Barcelona and Benfica (1-0) in Vienna in 1989.