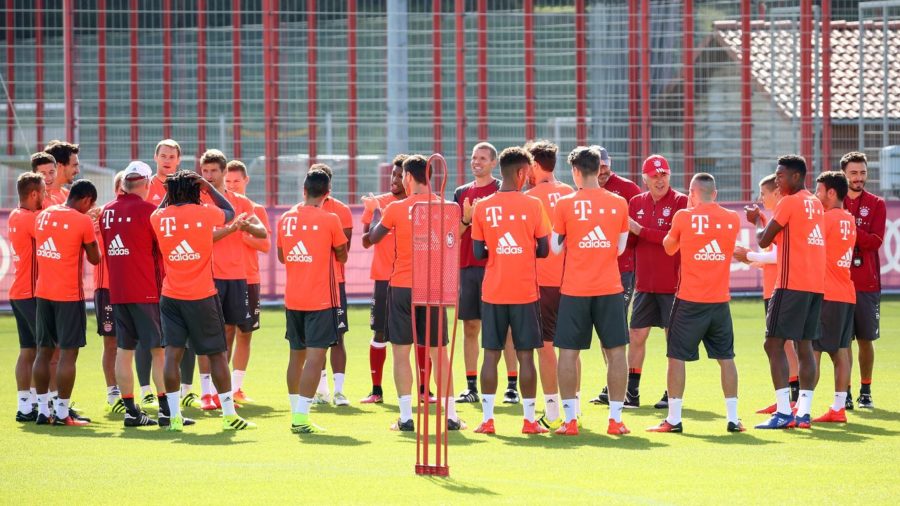 Carlo Ancelotti and Bayern visit Gelsenkirchen stadium this Friday at 20.30 (CEST) where they’ll have to confront Schalke 04 in a match that opens the second game week of the Bundesliga. While Bayern arrive leaders on the table after their 6-0 debut against Werder Bremen, Shalke 04 will have to redeem themselves after being defeated against Eintracht Fráncfort.
Ancelotti, loyal to his style, doesn’t conclude anything regarding the match and expects a complicated game at Gelsenkirchen: “I think it will be a very difficult match, they lost their first game and that will give them extra motivation. It is always difficult to play against Schlake, and they have a great stadium with great atmosphere. We will give our best and try to win”, said the coach who can now count with the Portuguese Renato Sanches, one of the new signings this season.
Latest news
© Carlo Ancelotti
Back To Top
Este sitio web utiliza cookies / This website uses cookies / Questo sito Web utilizza i cookie / Diese Website verwendet Cookies OK+info