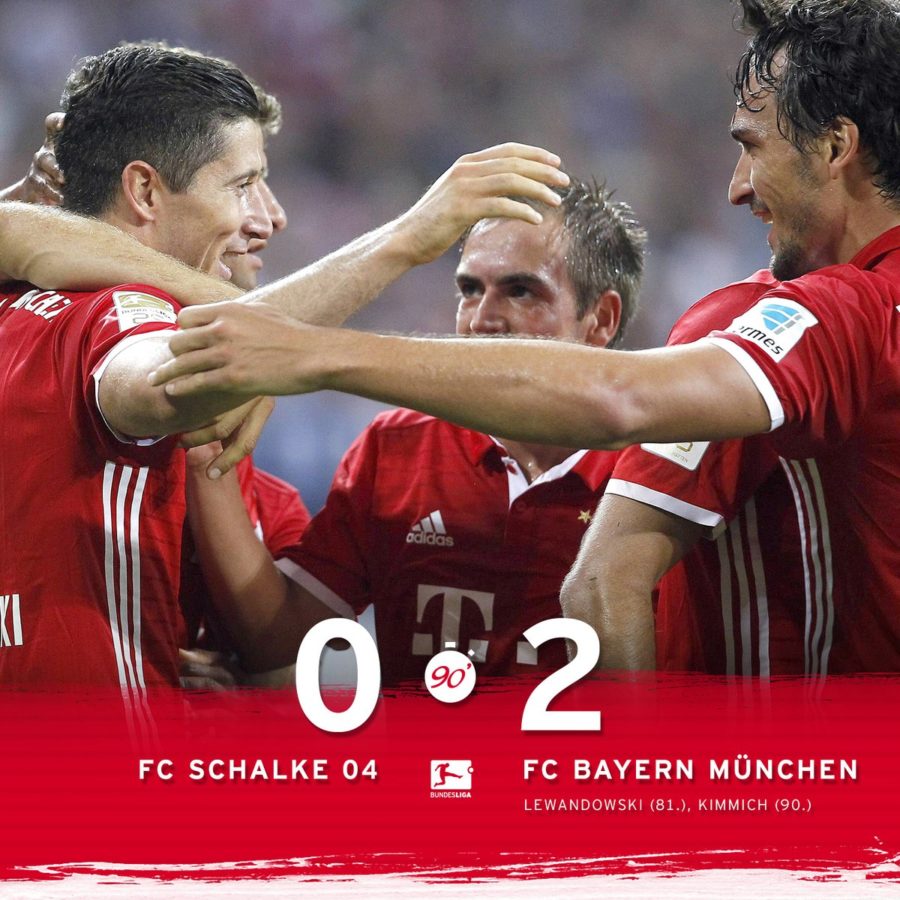 Carlo Ancelotti had stressed before the game: Gelsenkirchen will not be an easy ground neither Schalke04 an easy rival. And as if the words of the Italian coach have taken shape, Bayern had to wait until the 81 minute of the match to score the first goal and so have the second consecutive victory a few minutes away. Robert Lewandowski scored after a pass from Javi Marínez to take the lead. Until then, the bavarian players felt frustated, not finding any space in Schalke´s defense.
With the goal Once Bayern paved the way the second goal came in stoppage time when Joshua Kimmich finished a quick counter-attack after a corner kick taken by Schalke in their attempt to score the equaliser. Nothing like that happened and Bayern added another three points to maintain their top position. 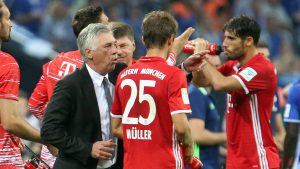 Gelsenkirchen’s victory completes a string of victories for Bayern since Ancelotti took charge. To the first two games in the Bundesliga, we have to add two more wins, one in the Super Cup and the other in the Cup´s first round. The Italian coach is satisfied with the team’s performance, despite the difficulties against Schalke. ¨At first it was difficult, the first 60 minutes were tight but then we took the control of the game and that, led us to the victory. We´re quite happy with the work done, commented Carlo.
Latest news
© Carlo Ancelotti
Back To Top
Este sitio web utiliza cookies / This website uses cookies / Questo sito Web utilizza i cookie / Diese Website verwendet Cookies OK+info