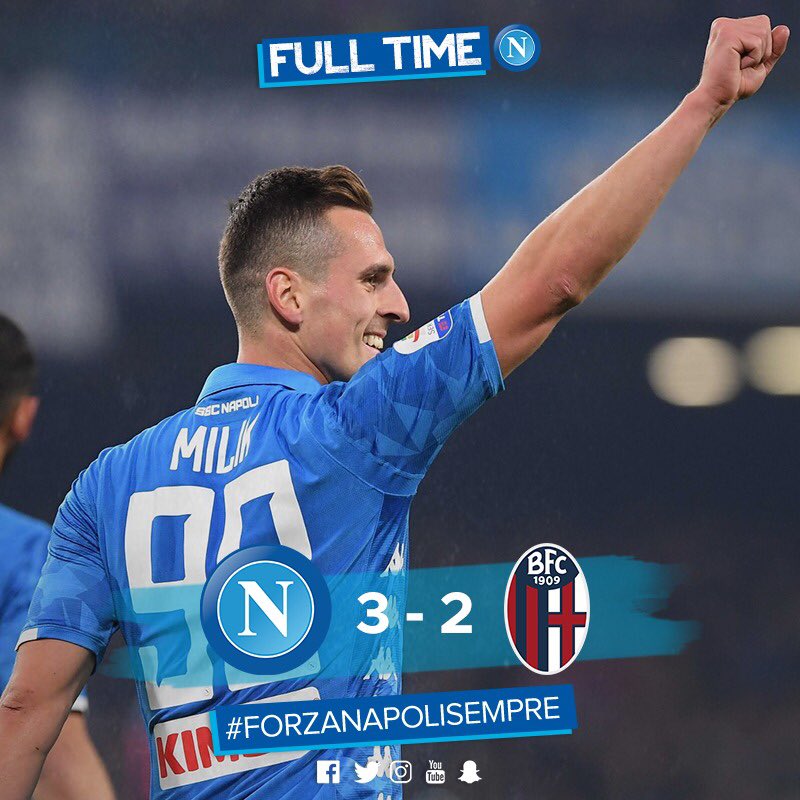 Napoli won 3-2 against Bologna at the San Paolo Stadium.

Beating Bologna 3-2 wasn’t an easy task. Nevertheless, the Napolitan team knew how to suffer and take the three points. “It’s true that we didn’t play well and we couldn’t control the match”, said Ancelotti.

We finished the year with a victory. A challenging win and a job well done. Now we will toast to an amazing 2019. Happy New Year!! #forzanapolisempre