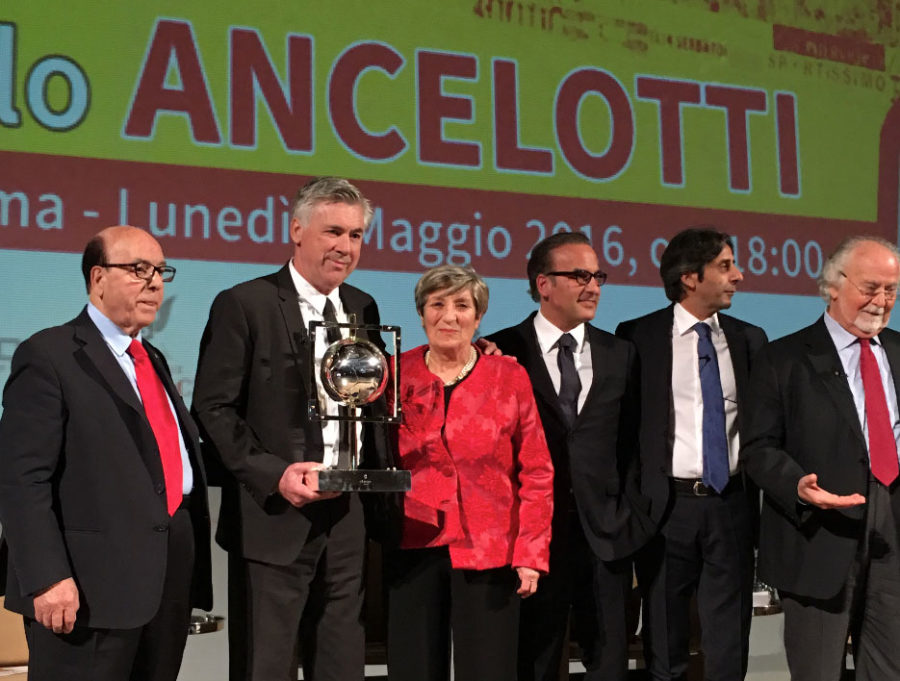 This afternoon, Carlo Ancelotti has recieved the Nicola Ceravolo’s award in Catanzaro (Italy), an award that recognises Carlos impeccable career both as a player and coach. Ancelotti who attended the Politeama theatre, was the protagonist of the 7th edition of the award that since its foundation Claudio Ranieri, Marcello Lipi, Fabio Capello, Antonio Conte, Cesare Prandelli or Javier Zanetti are among the prizewinners.

Ancelotti thanked every one in this way: “It is an honour to recieve this award and a pleasure to represent the Italian football all around the world”. The Nicola Ceravolo is another award that recognises his successful career and well done work.
Latest news
© Carlo Ancelotti
Back To Top
Este sitio web utiliza cookies / This website uses cookies / Questo sito Web utilizza i cookie / Diese Website verwendet Cookies OK+info