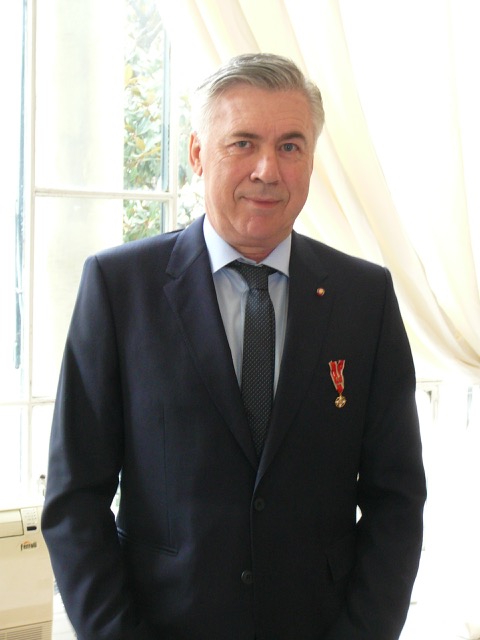 Carlo Ancelotti received this Tuesday, at the Italian Embassy in Madrid, the insignia of the Order of the star of Italy in recognition of his role as ambassador of Italian sport in Spain and around the world. All in an emotional ceremony in which the coach was accompanied by family and friends, and where Ambassador Pietro Sebastiani, good friend of the Ancelotti family, served as Master of Ceremonies. “Carlo makes us proud to be Italians and enjoyed their successes as ours” stressed Sabastiani.

When he spoke and somewhat excited, Carlo Ancelotti first had a few words for his friend and agent Ernesto Bronzetti, who has recently passed away in Italy, and then thanked the Ambassador for distinguish him with this award: “It is a pride, as Italian, to receive the Order of the Stella d’Italia. My heartfelt thanks”.