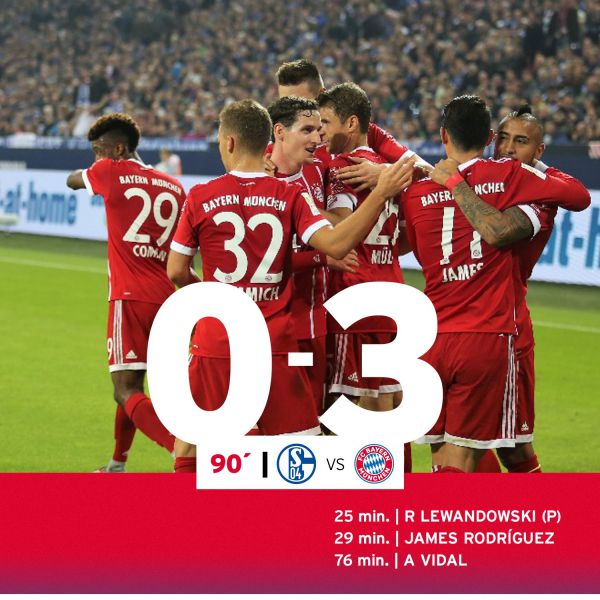 Ancelotti’s men have trashed their last three rivals scoring 10 goals and not concede a goal.

Bayern and Schalke played the most attractive game of the Bundesliga this week and it didn’t dissapoint. The Bavarians performed at a great level once again, efficient passing the ball and looking for the rival’s goal throughout the game.

Excellent response from my team against a difficult rival and a challenging stadium. We continue to work hard! #miasanmia pic.twitter.com/93qE6slV2L

Lewandowski from the penalty spot, James who started the game and Arturo Vidal were the scorers of a game that was decided in the first half. With this victory, Bayern has hammered their last three opponents: 10 goals scored and none conceded.