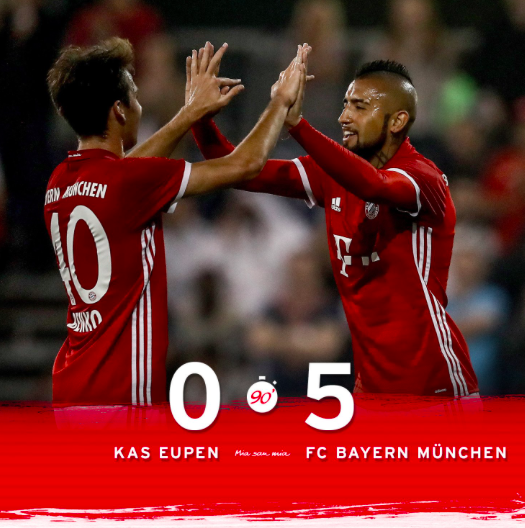 Bayern ended their preparation at Doha with a great win against KAS Eupen in a friendly match. This has been the end of a great week of trainning sessions where Carlo Ancelotti and his staff have designed the second part of the season. “The week has been great, we’ve trained with great intensity”, said Bayern’s coach praising his team. “The confidence in ourselves is at its peak right now”.

Having closed this mini stage and only ten days before returning to the official competition against SC Freiburg, Ancelotti thinks his team is quite fit: “We are fiter than in summer. We know each other better. Now we’ve been 6 months working together. This is why I think the second round of the season is going to be better than the first”. With the aim of conquering all three competitions, Ancelotti has a message of optimism: “We expect to play better than the first part of the season and we want to keep it up until the end”.