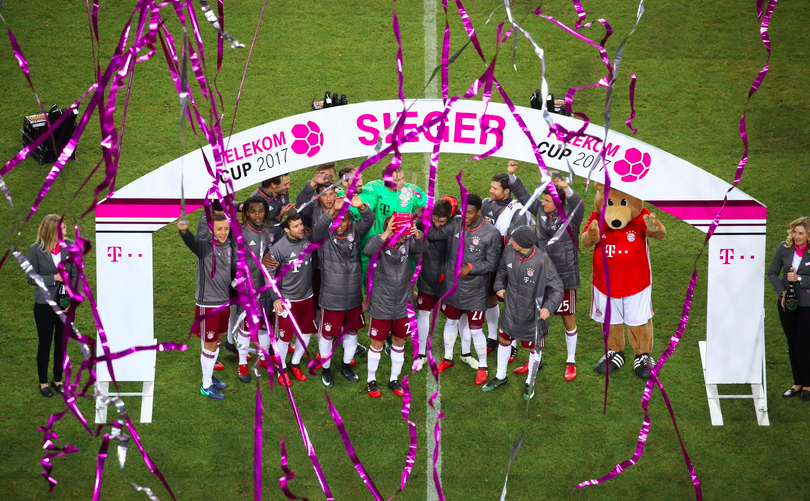 Bayern continue to oil the machinery as they prepare to return to competitive action against Freiburg next week. Carlo Ancelotti’s team competed in the Telekom Cup as part of their preparations and won the tournament for the third time. The Munich-based side overcame FSV Mainz 05 2-1 in the final thanks to goals from Franck Ribéry (4’) and Javi Martínez (11’). Prior to that, Bayern had seen off Fortuna Düsseldorf in the semi-finals, having defeated the local side with a resounding 1-4 win.