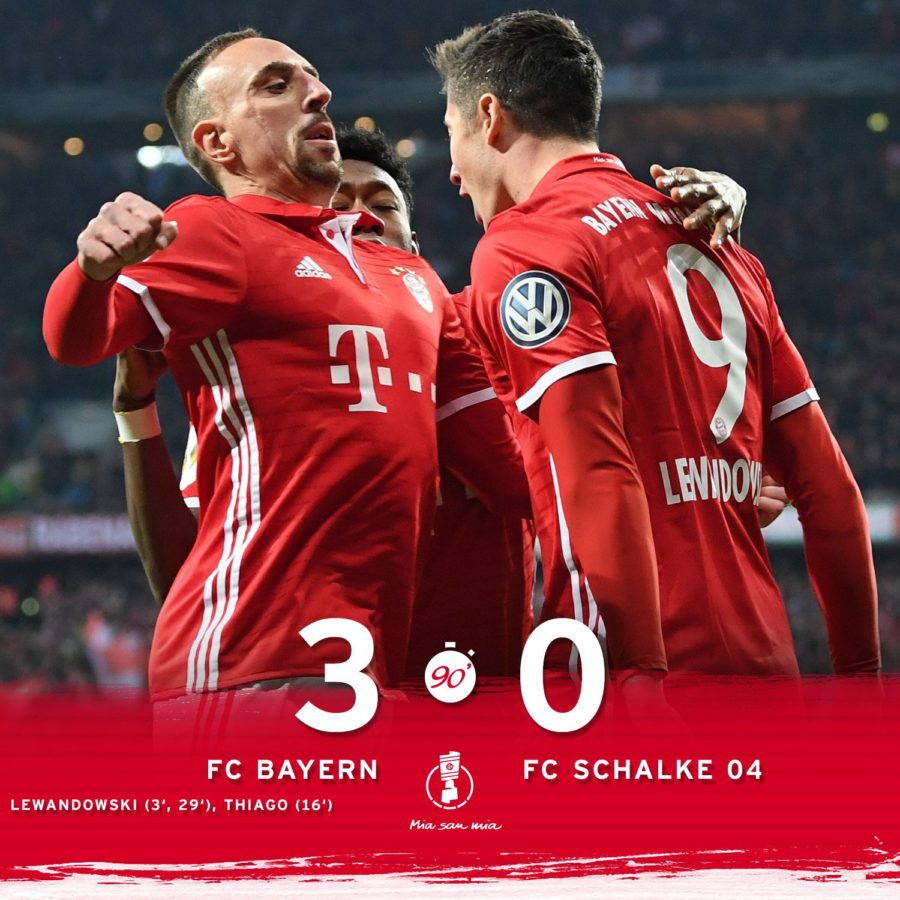 Ancelotti’s men thrashed (3-0) Schalke 04 and are already in the semifinals of the German Cup. Bayern is showing every day better sensations: it has a run of 15 unbeaten matches (13 wins and two draws) and continues to stay in shape in the decisive phase of the season.

“We put them under a lot of pressure from the off.” @MrAncelotti was more than happy with his team’s performance! #FCBS04 pic.twitter.com/VRfSNpwgWZ

Carlo´s players eased the game quite soon. Two goals from Lewandoski and another from Thiago in the first half decided a match in which Bayern was much superior thanks to the intensity with which the team started the tie. A circumstance that Ancelotti has admitted at the end of the game, and that has been key in the victory: “We have pressed Schalke with intensity since the initial whistle.”