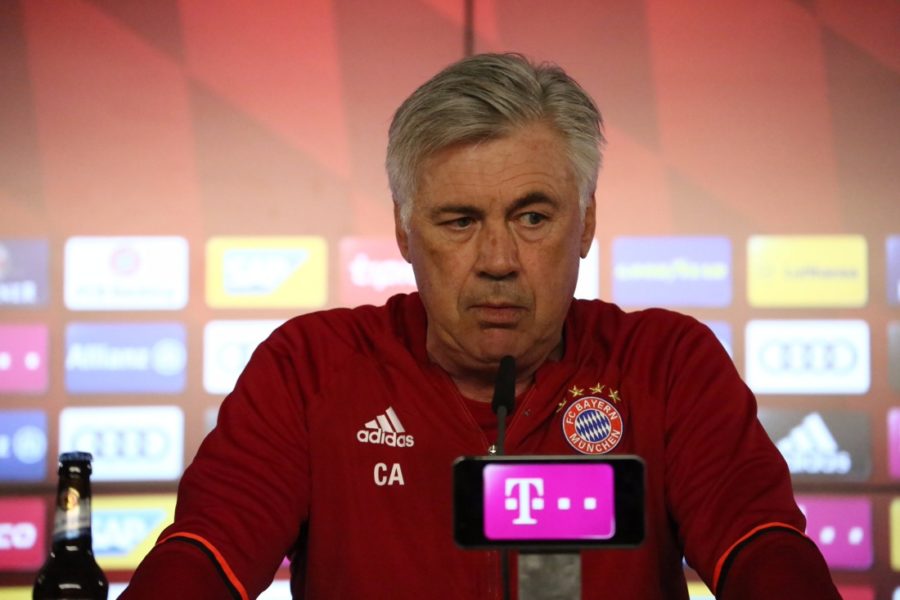 Bayern is poised to extend their excellent run this Tuesday (20:00 CET) on their visit to Hoffenheim. Carlo Ancelotti’s side has a run of 18 victories and 2 draws in the last 20 official matches, but their opponent on Tuesday has not lost yet at home.
“I expect a high intensity match. 1899 Hoffenheim is a good team, “said Carlo Ancelotti. The Italian coach confirmed that Thomas Müller will rest this game but will be ready to face Borussia Dortmund and Real Madrid. He also said that Neuer will be ready to face Real Madrid . On the other hand, Thiago will rest on Tuesday, while Javi Martinez and Xabi Alonso return to the team after both were suspended.

“Everything is going according to plan. Right now we are totally focused on the next match,” said Ancelotti, who in Hoffenheim will coach his 40th match at Bayern Munich.
Latest news
© Carlo Ancelotti
Back To Top
Este sitio web utiliza cookies / This website uses cookies / Questo sito Web utilizza i cookie / Diese Website verwendet Cookies OK+info