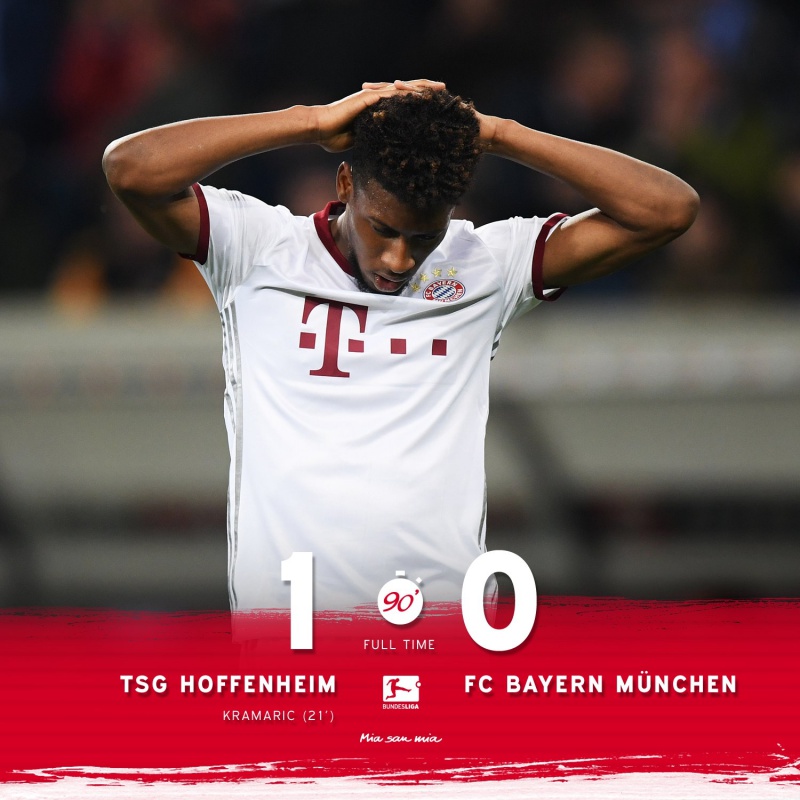 The team coached by Ancelotti suffered their first defeat in 2017 in a match in which Bayern deserved better luck. A goal from Kramaric in the first half gave Hoffenheim the three points in an exciting and disputed clash in which the away team could have levelled the game several times.

Hoffenheim and Bayern knew that the match was of vital importance and they showed it from the opening whistle. Both looked for the victory but the lack of accuracy in the second half balanced the victory for the local side. “Hoffenheim has played with high intensity. The first half was not good for us. However, in the second half we played much better and we were more aggressive. We had chances to score the equaliser. However, some days it just does not work. This is football, “said the Italian coach.

Despite the defeat, Bayern still have a 13-point advantage over Leipzig, the Bundesliga runner-up. And he will have the option of put the defeat in the German Classic against Dortmund next Saturday.