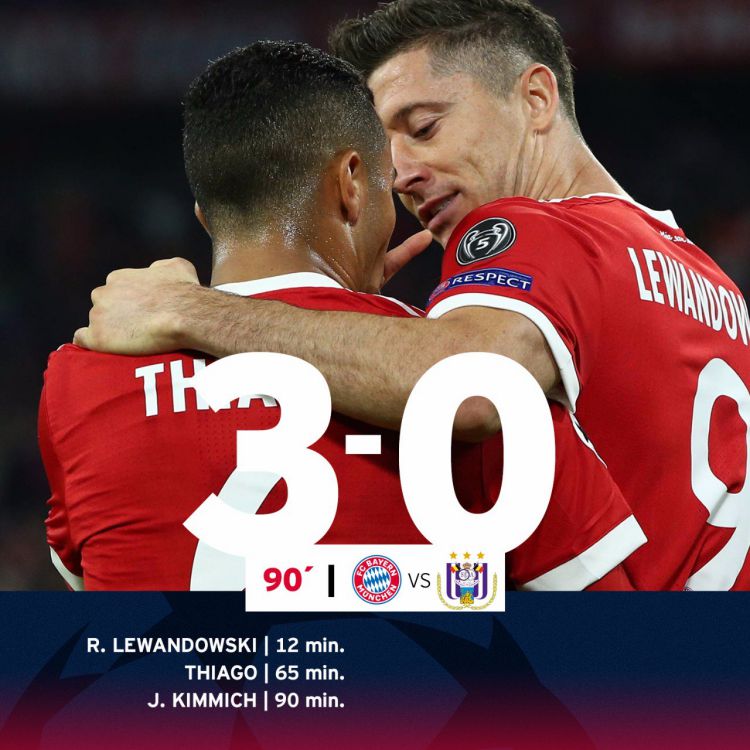 The German side beat Anderlecht 3-0 in their Champions League debut.

There is no better comfort after a bad game than a victory in European competition, and even more so if it is in the Champions League. Bayern started their campaign in the best European competition at club level with a victory over Anderlecht. The match was decided very soon by Ancelotti´s men. In the 11 minute, Lewandoski scored the penalty after Kums´s red card.

With the advantage on the score, Bayern did not get along and look for close the match. However, the goal did not come until the second half when Thiago netted home after Joshua Kimmich´s pass. Indeed, the German international closed the result in the final minutes with a shot inside the area.

Bayern has a run of 14 consecutive seasons debuting in the Champions League with a victory, an absolute record in this competition. After the victory, Carlo Ancelotti was happy for the work done. “I am very satisfied with the result. We could have played with a bit more intensity, but today we did not need it, “said the Italian coach.