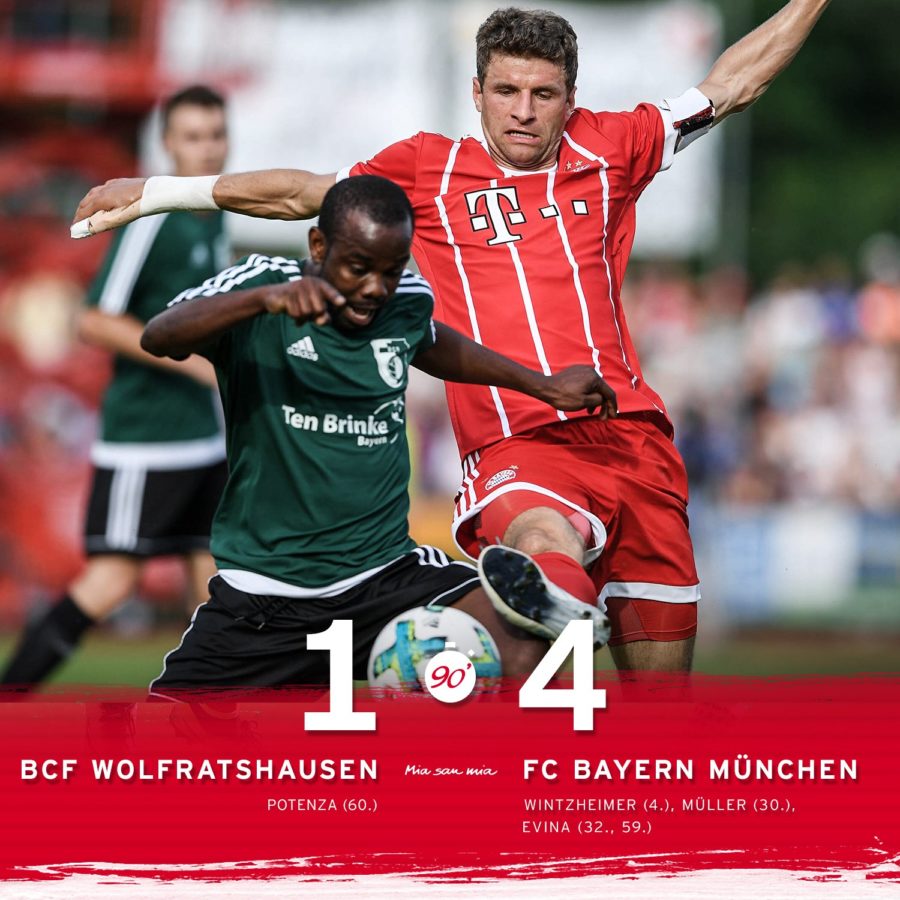 Carlo Ancelotti’s men beat BCF Wolfratshausen (1-4) thanks to goals from Manuel Wintzheimer, Thomas Müller and a double from Franck Evina.

Bayern played its first friendly of the pre-season after a few days of training against BCF Wolfratshausen, a team from the German regional league, before 4,000 spectators. The German champion dominated both halves easily. In the first half Manuel Wintzheimer and Thoma Müller eased the game and Franck Evina rounded the scored making a double in the second half. BCF Wolfratshausen efforts earned them the consolation goal in the final minutes.