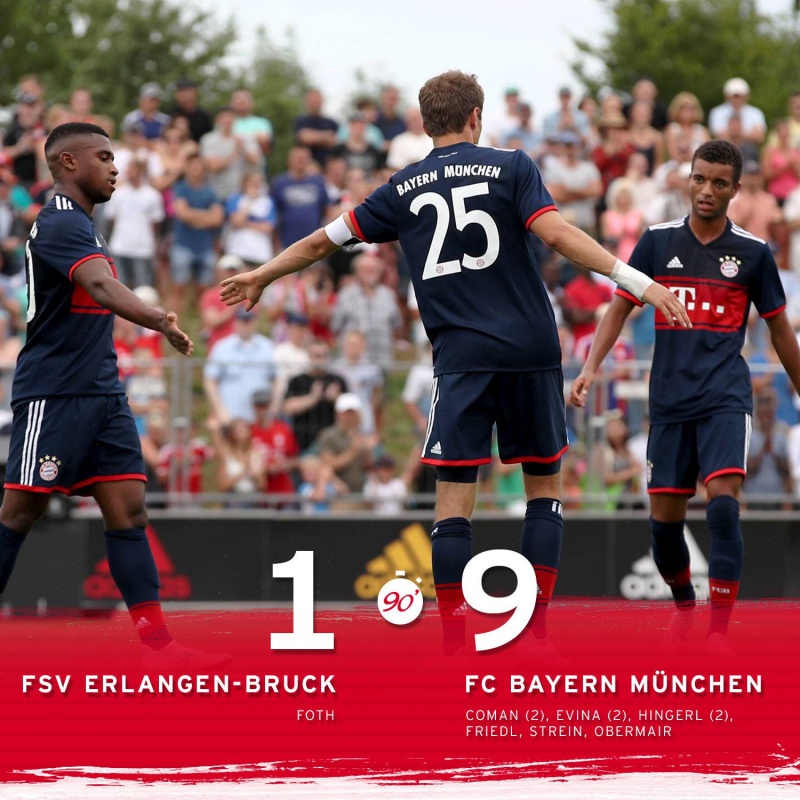 The German champions thrashed Erlangen-Bruck (1-9) in their second pre-season friendly. Ancelotti´s team is picking up the pace to be prepared for the demanding season ahead. Evina (2x), Friedl, Coman (2x), Hingelr (x2) and Strein were the scorers of the afternoon for Bayern. The hosts, meanwhile, scored in the final minutes a goal that made up the result and left the definitive 1-9 on the score.

After these first two preseason victories, Bayern´s international players continue to join the training and will gradually enter into the team’s dynamics. The next challenge for the Bavarians will be the Telekom Cup (15 and 16 July).