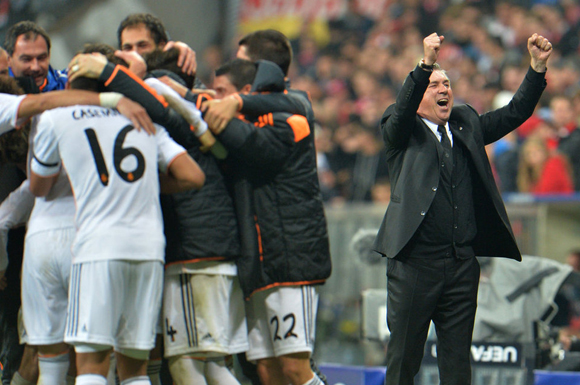 Carlo Ancelotti, with his three Champions League titles, has an enviable track record. A collection of trophies that, in numerical terms, gives us shocking statistics. The Daily Mail has published a ranking table in which Carlo appears in a better position than Ferguson, Mourinho and Benítez when it comes to winning percentage in Champions. The Italian coach has coached 141 games in this competition, of which he has won 77, 35 draws and 29 lost. In consequence, he has triumphed in 54.60% occasions, more than Benítez (54,40), Mou (53,90) and Ferguson (53,70).

Daily Mail’s ranking came after Arsenal’s defeat in Zagreb (2-1). With that score, Wenger made his 50th defeat in Champions. Therefore, the British newspaper wanted to make an article with the 10 most defeated coaches in Champions. Ancelotti appears in the list as he has been so long in the competition, he has 29 defeats but he compensated them with 77 wins and three titles (two with Milan and one with Madrid.)