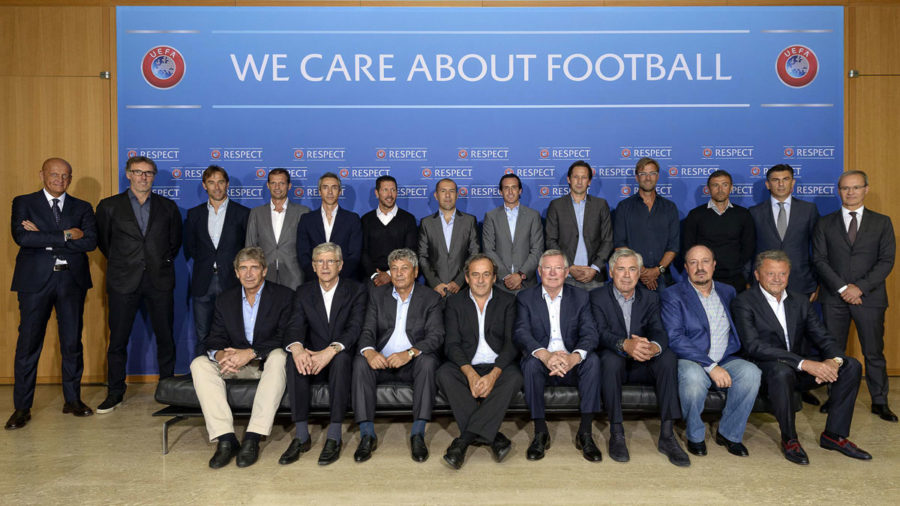 Carlo Ancelotti will repeat his presence this Wednesday -2nd of September- in the UEFA Elite Club Coaches Forum in Geneva, where the best coaches in the world meet. The Italian coach, who decided to rest a complete year after his succesfull years at Real Madrid, will be the honour guest of this edition.

Both the President of UEFA, Michel Platini, and the Event Coordinator Sir Alex Ferguson wanted Ancelotti to come in order to chat about such important things like the use of technology in football to avoid ‘ghost goals’.

Ancelotti will share table with some of the best coaches in the world, some of them were until now friends and foes in the Spanish League like Luis Enrique Martínez (Barça), Unai Emery (Sevilla) or Diego Pablo Simeone (Atletico de Madrid). Rafa Benítez will also be there (Real Madrid) and the Porto coach Julen Lopetegui, among others.

Recommendations that come out of the Roundtable coordinated by the illustrious Sir Alex Ferguson, good friend of Carlo Ancelotti, will be seriously taken into consideration by UEFA and they’ll be spoken about in its Executive Committee.