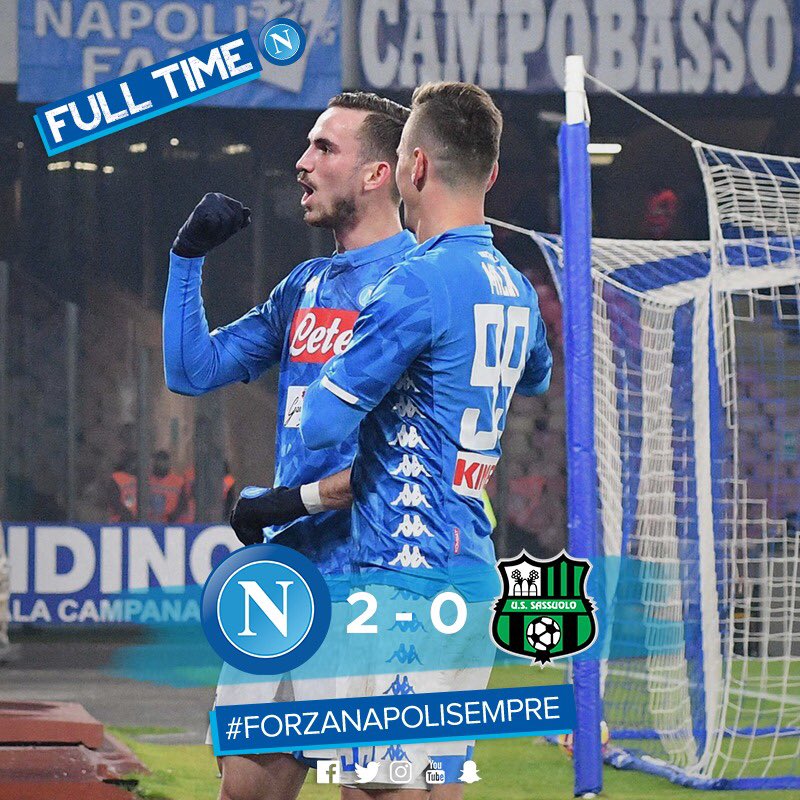 Ancelotti to confront his former team twice at the end of January (Serie A and Coppa Italia).

Napoli started the year the same way as they ended 2018: winning and persuading. Ancelotti’s men beat Sassuolo (2-0) in the Last Sixteen stage of the Coppa Italia thanks to goals from Milik and Fabián. The first match after a break is always complicated and Napoli performed quite well. “We wanted to start the year in a good way and it was good to beat Sassuolo, a team that played well. We never know how the team is going to perform after a holiday break so I’m satisfied with the work from the boys”, said Ancelotti.

In Quarter-finals Napoli will play against AC MIlan and some calendar circumstances have provoked Ancelotti to confront his former team twice at the end of January. First match in Serie A and then in Coppa Italia. “It will be really thrilling to play against Milan twice in one week. It’s very important for us to do well in the Cup because it’s our aim in the season and we will give our best to get as far as possible”, said the Italian coach.

🎙@MrAncelotti: "It will be a good but tough challenge to play Milan back to back."
⚽️ #NapoliSassuolo
🇮🇹 #CoppaItalia
💙 #ForzaNapoliSempre