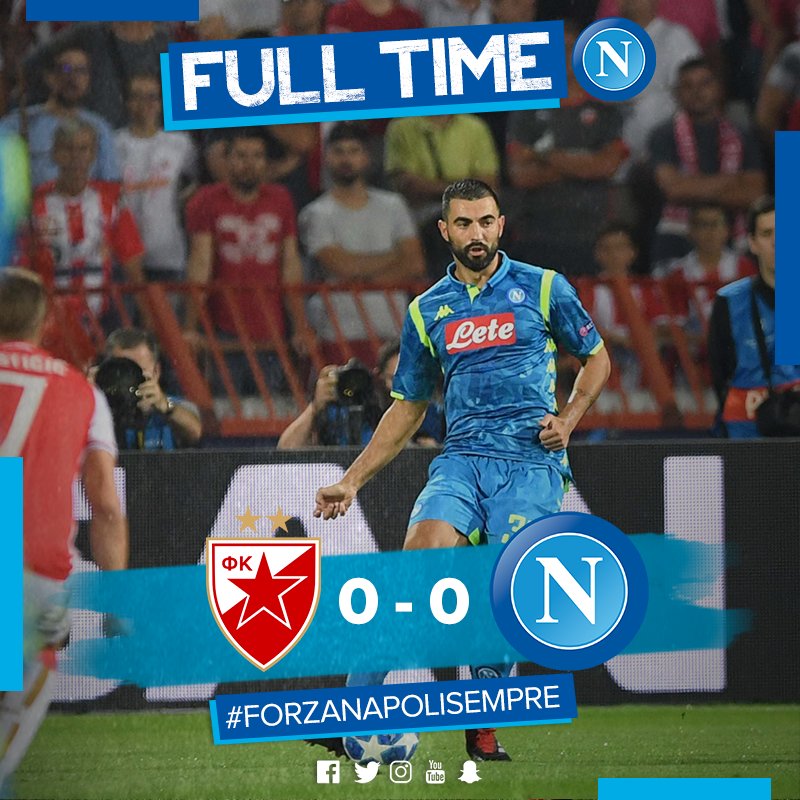 Ancelotti´s team deserved the victory on its debut in Champions.

Napoli could not debut with a victory in this year´s edition of the Champions League despite having done everything possible to achieve it. They dominated the match, had many chances and, at times, besieged the Red Star goal.

However, the lack of effectiveness and the defensive work of the local team prevented Napoli from taking the three points from Belgrade as Carlo highlighted at the end of the clash. “They played a very good match in defense, but still we had good chances. The atmosphere was incredible, “said the Italian.

With this tie (0-0), Napoli is second in group 3. There is still plenty room for improvement as Ancelotti has admitted. “We dropped two points in a very complicated group, but there are still five games to play,” Carlo concluded.