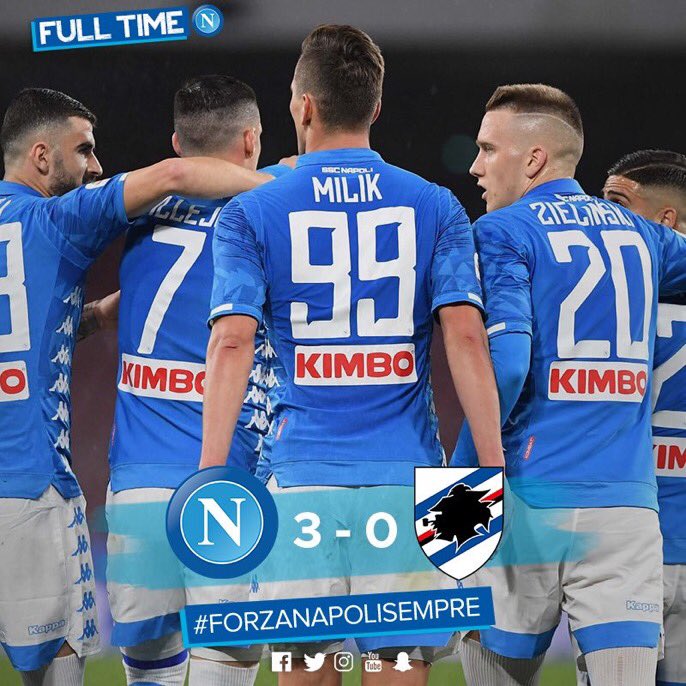 There is no better medicine in football than goals and Napoli scored plenty of them tonight in front of their crowd. Tucked in by the Napolitan Tifosi, Ancelotti’s team won 3-0 in an extremely complete match. Milik, Insigne and Verdi scored for the Napolitans against Sampdoria. “I’m very happy for tonight’s performance, but it isn’t a surprise for me. Leaving the Cup match against AC Milan aside, we have always played well”, said Carlo.
The San Paolo factor has been decisive again for Napoli. This is the seventh consecutive win in front of their crowd. This winning streak means a record if we take into consideration their last 3 seasons. And not only that, until now on Serie A this season, Ancelotti hasn’t lost against anybody at their stadium. In 12 games, Napoli has 10 wins and 2 draws.