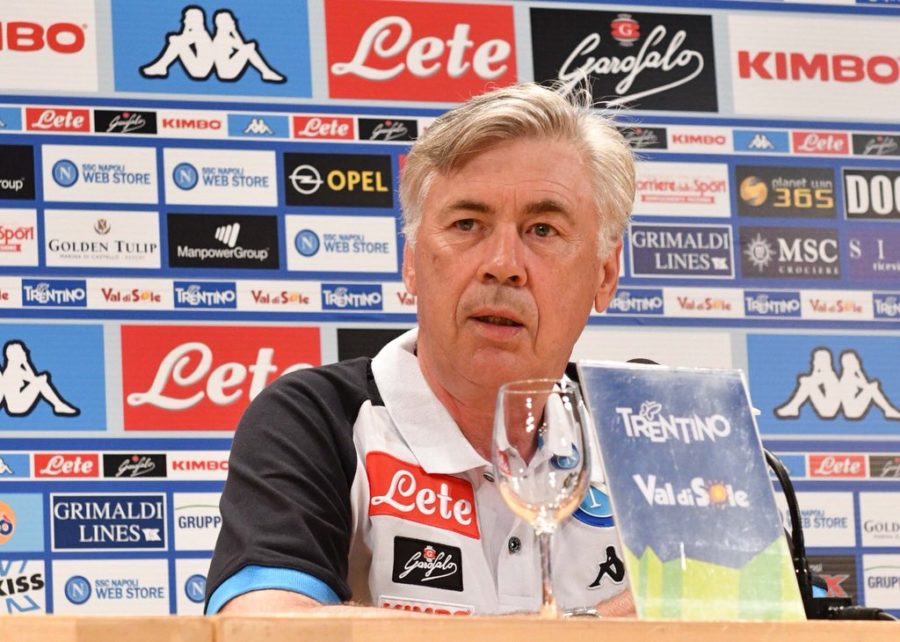 Ancelotti already prepares five games of Serie A and two of Champions League.
The next few weeks seem really demanding for Ancelotti since just in 20 days, Naples will play seven games (five of Serie A and two of Champions League). The first of them will be against Fiorentina, this Saturday 6:30 pm CEST, and will mean the return to the official competition after the footballers duties in the international break.
Up to 12 players of the Neapolitan team played with their national teams these days. A circumstance that has hindered the preparation of the match against Fiorentina. However, Carlo has highlighted in press conference that they are ready to get the three points. “The team is very good, we are full of confidence to face a strong opponent and we want to win. We will try to offer a good show, “said the Italian coach.
Latest news
© Carlo Ancelotti
Back To Top
Este sitio web utiliza cookies / This website uses cookies / Questo sito Web utilizza i cookie / Diese Website verwendet Cookies OK+info