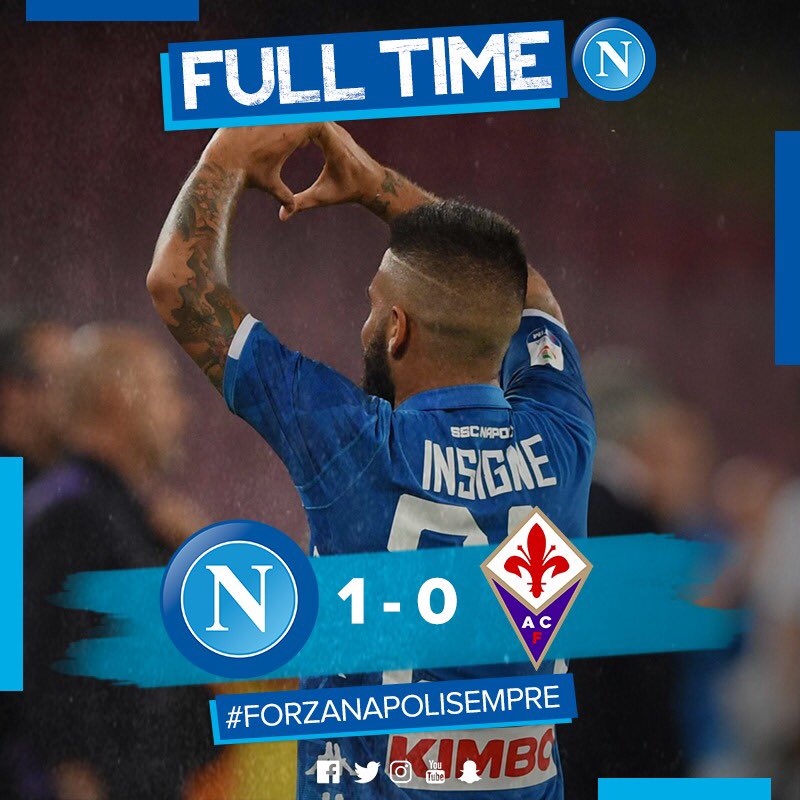 Ancelotti’s team return to winning ways at San Paolo thanks to Insigne’s goal (1-0).

Napoli starts its carousel of matches in the best possible way, another victory in the Serie A. Fiorentina arrived at San Paolo knowing the difficulty of playing after the international break but Ancelotti’s men played a great game and grabbed the three points.

Lorenzo Insigne scored the winning goal in a game that was clearly dominated by Ancelotti’s team. Although the result was a bit tight due to Napoli’s little offensive work (22 shots) Carlo show himself satisfied with the game. “We had a good balance. I’m very happy with the game.” Said the Italian coach.

The fans at San Paolo were thrilled and celebrated the second victory at home this season. Now it’s time to focus on the Champions. This Tuesday starts Ancelotti’s favourite competition with the Red Star visit.

Great work from the team today for an important victory. Now our concentration is on the Champions League. #ForzaNapoliSempre pic.twitter.com/lOM6HRPtUX