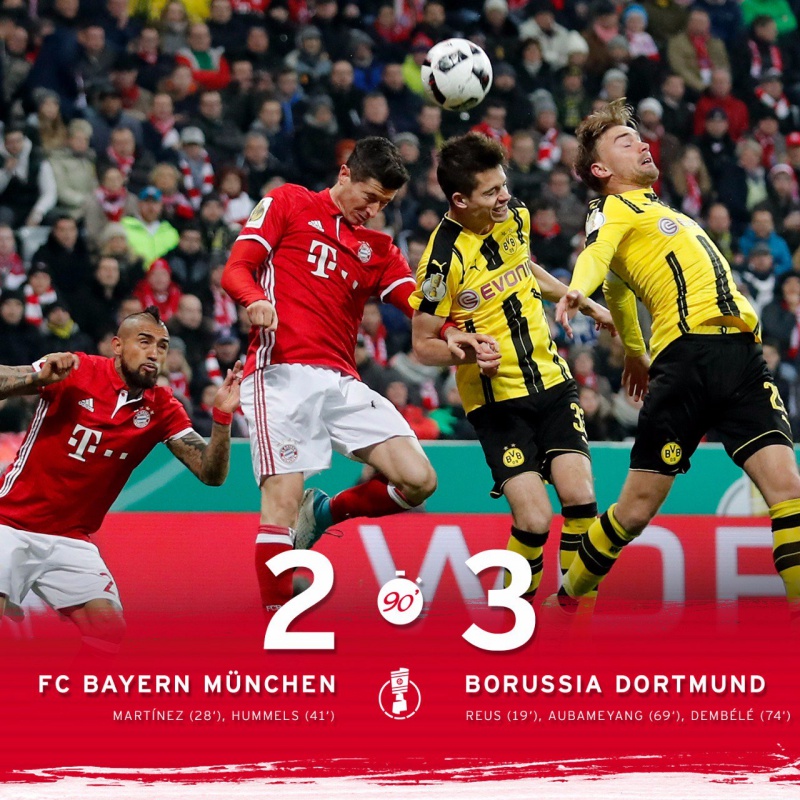 The lack of goal condemned Bayern which deserved more. Ancelotti’s men had multiple chances (24 shots) but lost in the semifinals of the DFB Pokal against Borussia Dortmund. The fans witnessed an outstanding first half of their team. Bayern dominated, generated danger and made merits to sentence the tie. Dortmund hit first through Reus, but Bayern cameback on the score with a goals from Javi Martinez and Hummels.

"We're obviously very disappointed to go out. We had a lot of chances to decide the game," says @MrAncelotti after #FCBBVB. pic.twitter.com/LSyLk8Vm4U

After the break, Bayern had more chances to finish off the game. However, the visitors were effective and put themselves back ahead with goals from Aubameyang and Dembele. Bayern did not give up and looked for the equaliser in any possible way. The Bavarians had many occasions to score in Dortmund’s goal and force the extra-time, but luck was not on Ancelotti´s side and so the Italian showed at the press conference: “Of course we are disappointed. We had enough chances to win the game”.