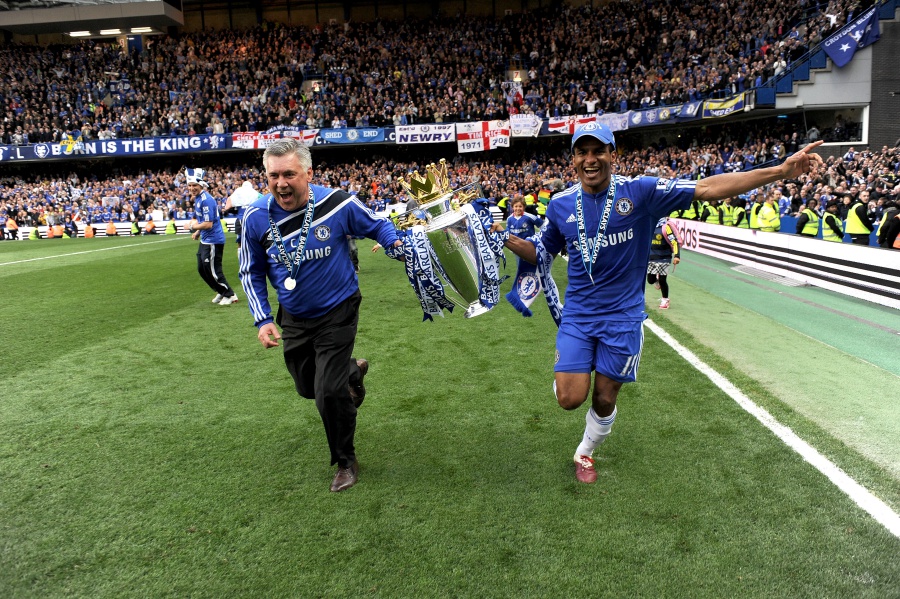 Several days ago Ancelotti conquered the Bundesliga on his first season in Germany. Nevertheless, let’s go back some years, precisely to the 9th of May of 2010. Carlo confronted the most important day of the season. Chelsea, his team, received Wigan at Stamford Bridge. A win meant winning the Premier League and Carlo Ancelotti’s men performed. His men usually do on finals and that day it was a demonstration. They were better than their rival in all aspects of the game and the match ended up with a 8-0. A thrashing that meant Ancelotti’s 10th title on his career. His second league after conquering the Serie A in 2005.

This success wasn’t the only happy moment of the season. The Italian coach started his path in England as good as can be, winning three titles. On the opening match of the season, Carlo won the Community Shield after beating Manchester United. And days after winning the Premier League, Chelsea won the FA Cup. Carlo has a common denominator in all his teams. He always wins. He’s proved it in all the teams he has coached and now he is doing it again at Bayern Munich.