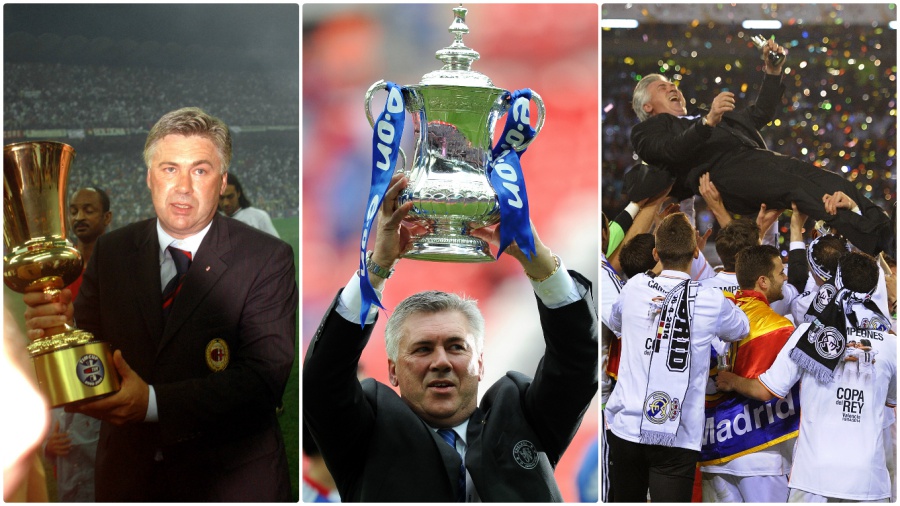 Ancelotti isn’t tired of winning trophies. This season he has conquered the German Supercup and he wants to add another national title to his extraordinary record list, the PRESTIGIOUS DFB Pokal or German Cup. Carlo has already won a Cup in three different countries: Italy, England and Spain. And now he wants to do it in Germany. For that Bayern has to beat Borussia Dortmund on Semifinals this Wednesday.

His first Cup title was in 2003. On the 31st of May, San Siro was witness of the conquest of his third title on his career. Ancelotti lifted the Coppa de Italia after beating Roma with Milan. Several seasons later, Ancelotti went to Chelsea and in England he repeated the successes of Italy. In May 2010 they beat Portsmouth in the FA Cup final with a goal from Drogba.

The Italian coach has won the Copa del Rey in Spain with Real Madrid. In 2014, Ancelotti conquered his third Cup title after an epic match against Barcelona at Mestalla. A proof that Carlo triumphs wherever he goes. He has done it in three countries and now he wants to increase his record list with new titles in Germany.