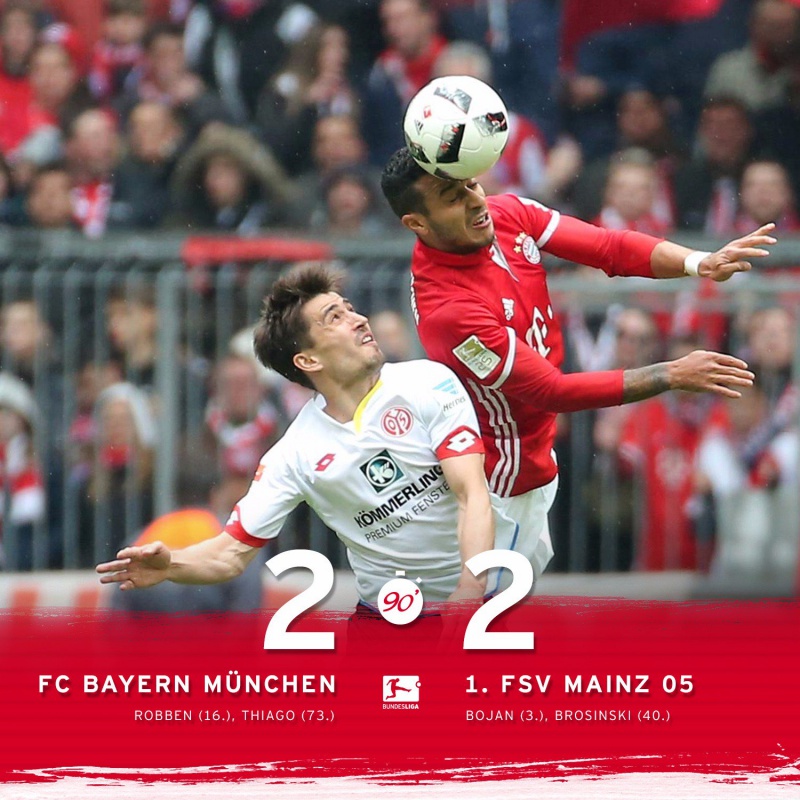 The team coached by Carlo Ancelotti looked for the win against Mainz but in spite of the control of the match and the occasions they couldn’t avoid the draw. The visitors got ahead with a goal from Bojan. Nevertheless, minutes later Robben scored the equalizer with a crossed shot. With a draw on the score it was Mainz who saw a goal again. Brosinki scored a penalty to put them ahead before half time. On the second half, Bayern maintained its game style and continued searching for the goal. Thiago with a shot from in front the rival box scored the equalizer again. On the final minutes, Muller and Xabi Alonso had chances to achieve the win but their shots went out.

.@MrAncelotti on the upcoming cup semi: "I'm confident that we will put in a very different performance against Dortmund." #FCBM05 #FCBBVB pic.twitter.com/fjcHMvoX7T

When the match finished Carlo Ancelotti wasn’t satisfied with the match of this Saturday at the Allianz Arena: “Today we haven’t played well. It was difficult for us”. Nevertheless, the Italian coach highlighted that he doesn’t have any doubts about the next DFB Pokal match of next week, thinking it will be totally different. “I’m sure on Wednesday against Dortmund we will play differently”, he admitted.