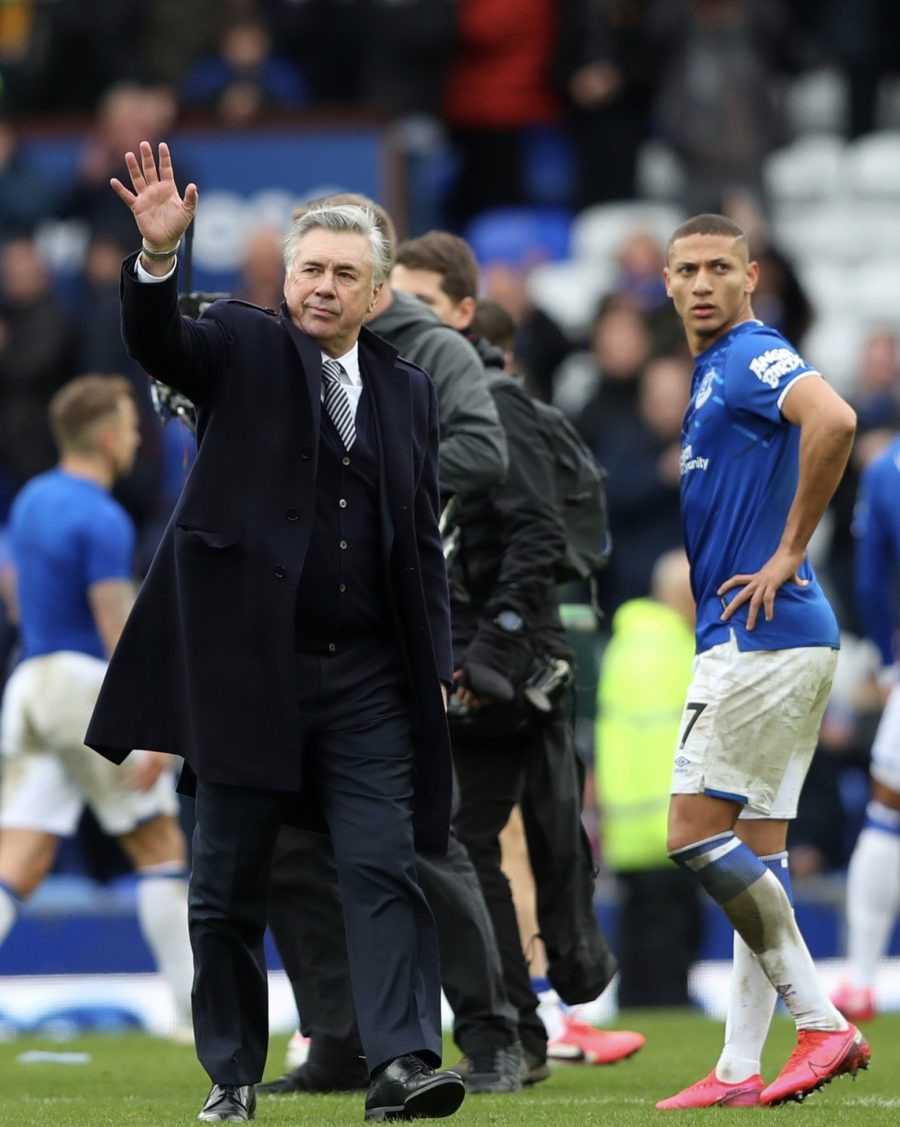 Everton showed its strongest version to beat (3-1) Crystal Palace before the break and moves up to the seventh position just a point away from European positions.

The goals from Bernard, Richarlison and Calvert-Lewin made worthless Benteke´s equaliser and sealed the fifth consecutive victory in eight Premier League games since Ancelotti took charge of the team and just one defeat. With these numbers, Everton can restore the calm and gain strength thinking of the calendar ahead that will take them to Arsenal, United, Chelsea and Liverpool consecutively.

“It is an important victory to us as it will give us the calm to continue growing. We have to continue improving things although today we were able to take advantage of the counter-attack”, admitted Ancelotti, who hailed the win but also noted room for improvement.