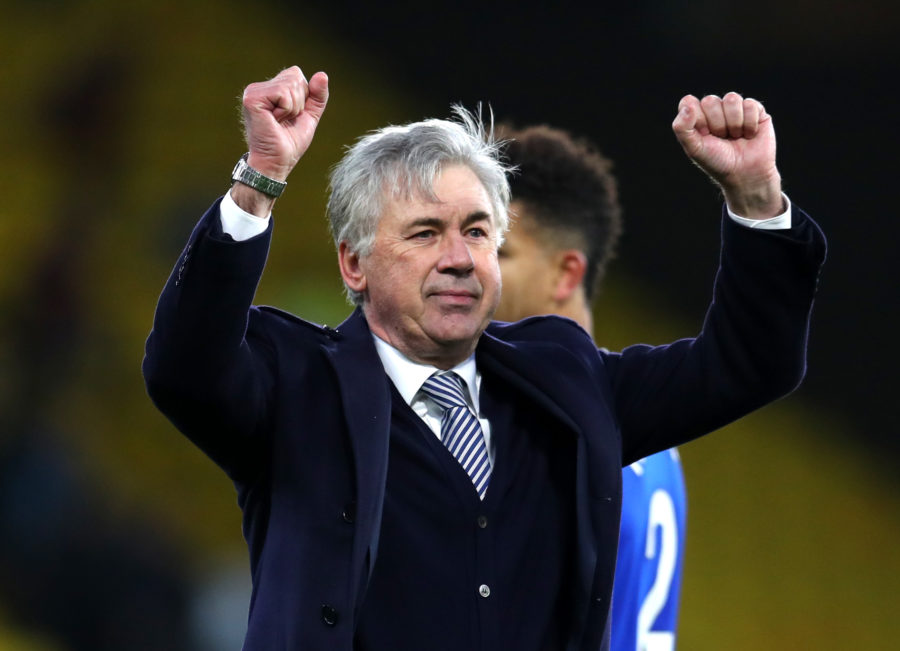 Two goals from Yerry Mina in the first half and another from Walcott in the 90th minute give the victory (2-3) to those of Ancelotti.

Everton suffers and competes on their visit to Watford. A perfect combination that ended up giving the three points to Ancelotti’s team in an afternoon that got very uphill when at ten minutes they were already going a goal down (Adam Masina)  and before half time (Pereyra, 42) they were already losing 2-0.

However, Yerry Mina set the path of an unexpected scorer and on the 46′ he cut distances and on the 49′ he made the draw. A double that relieved Everton, which nevertheless remained in trouble when in the 71 ‘Delph was sent off…
when everything seemed doomed to the draw Walcott appeared to culminate a counter that gave the final turnaround to the scoreboard: 2-3. Ancelotti could not be more satisfied: “we have achieved our commitment and a great competitive nature”.