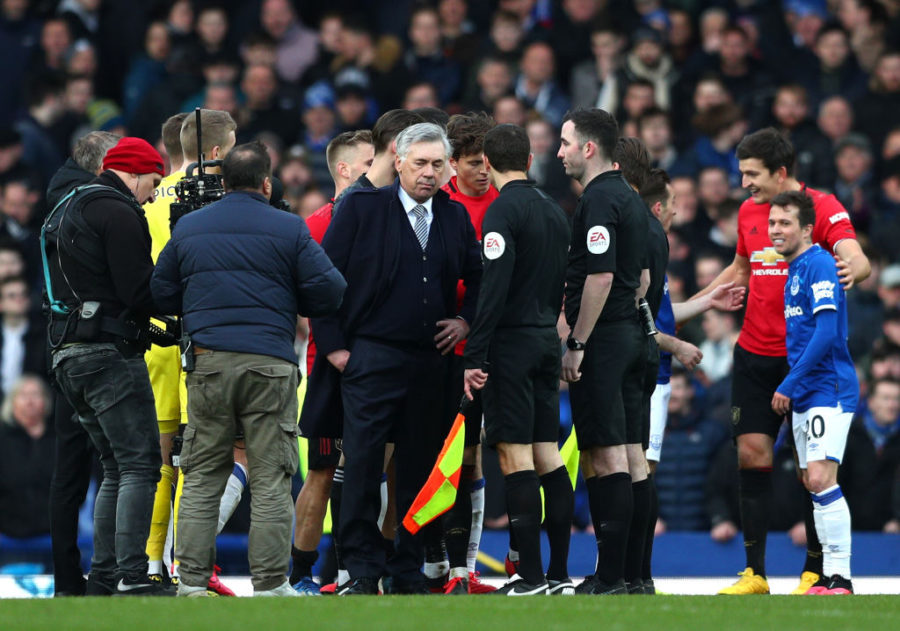 Everton couldn’t pass from a draw (1-1) on their tie against Manchester United at Goodison Park.

Ancelotti’s men, who got ahead after only 3 minutes thanks to a goal from Calvert-Lewin, who took advantage of a mistake from De Gea, couldn’t certify a win in spite of Lewin, who, once again, scored his second goal. VAR intervention disallowed the latter for a positional off-side, something that was very much criticized by the Toffees.

Carlo Ancelotti, who was sent off at the end of the match, explained what happened as follows: “I asked the ref for an explanation after the match, there was a misunderstanding, and he sent me off”. Regarding the game-play, the coach said that “Gylfi was in off-side, but it did not affect the keeper’s vision”.