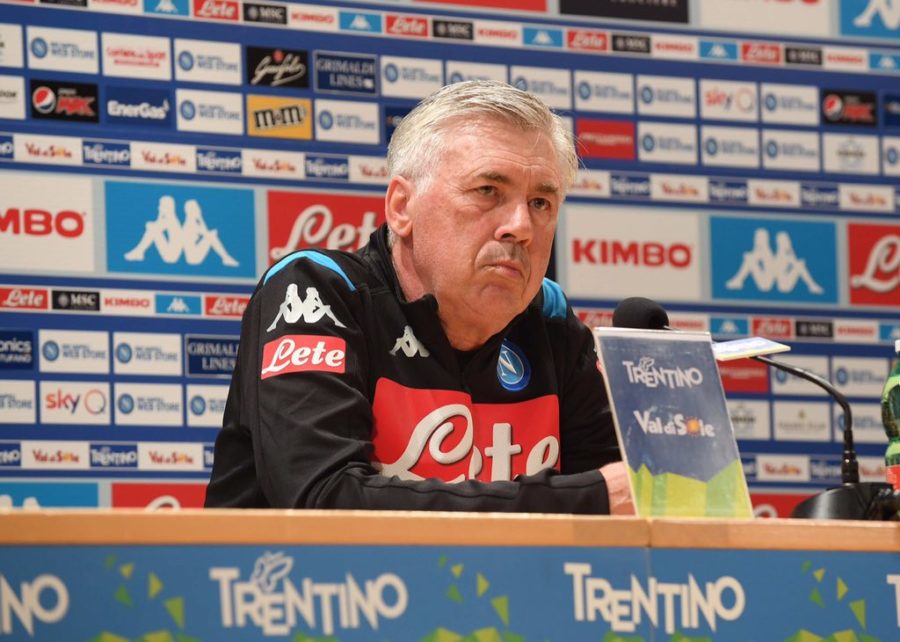 The manager made it clear at the press conference that they are looking for quality players in the market but that they will work to strengthen the project started last year.

Carlo Ancelotti has started his second year at Napoli´s helm with renewed illusions but without a glimpse of revolution. “This is the year of consolidation,” announced the Italian coach in his first appearance of the season before the media following the stage at Dimaro. “This will be a Napoli in line with that of last year, but correcting things that allow us to be better and more competitive,” said Ancelotti, who made it clear that “there will be no news in the tactical aspect. I’ve already said that we want to consolidate the work started last year and find the continuity that makes us better especially with respect to the second stage of last season”.

This will be a Napoli in line with that of last year, but correcting things that allow us to be better and more competitive”

Ancelotti, logically, did not avoid the foreseeable questions about signings. The new faces always invite enthusiasm among the fans and the coach is aware of this although he calls for caution: “We are working on the signing of quality players, but we have a lot of time ahead and we will try to choose the best for the team.” In this sense, Ancelotti did not evade valuing the names that have come to the fore: “It is important for me and for Napoli that names of players as important as James Rodriguez, Icardi, Lozano or Rodrigo are linked to us. We are evaluating all opportunities … ” Of course, the Reggiolo coach made it clear that in his squad there are very important and key players for him as “Zielinski and Fabian”, “They are top players and basic for me”, concluded the coach.