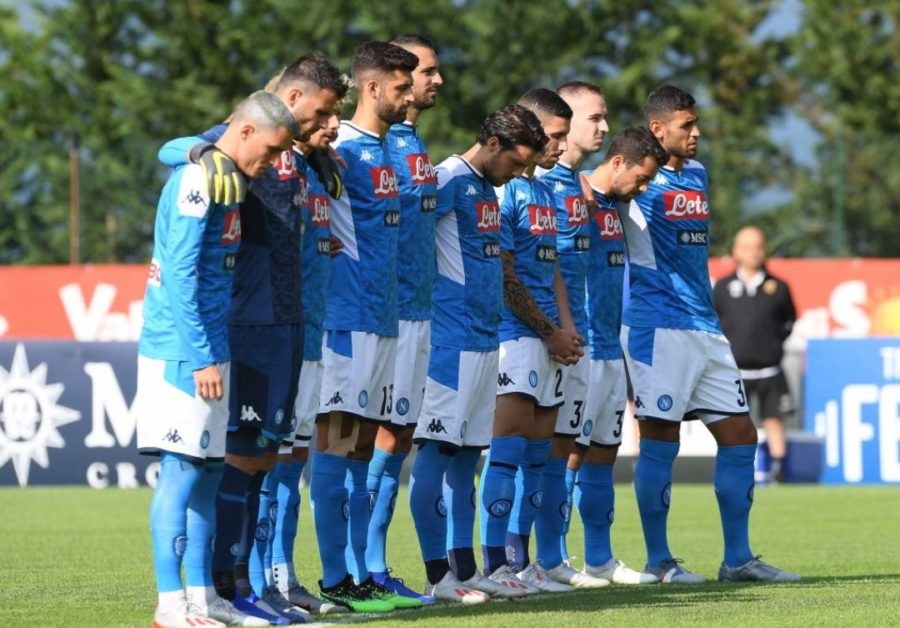 Ancelotti’s team  were defeated 1-2 against Benevento in a match in which the youngsters made a good job.

Napoli played this Saturday against Benevento their first test of the season in Dimaro. A friendly match within Ancelotti’s first matches of preparation and with a starting eleven that was full of young players who gave a good image in spite of losing 1-2 against the visitors.

Carlo Ancelotti and his staff took advantage of this match to make plenty of substitutions and keep developing his preparation work. Although Callejón was the only one who shot on target, the truth is that the Napolitan team made a good match and sensations were very positive in spite of the final score.
Napoli also used this match to honor the memory of the father of goalkeeper David Ospina, who passed away yesterday. May he rest in peace.