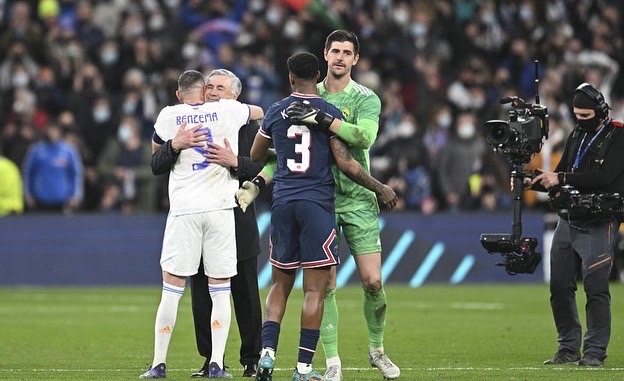 Los Blancos turned around the 1-0 result from the first leg with a memorable 3-1 edging out the French giant from the Champions League.

Real Madrid has marked out its legend in Europe based on titles -many: up to 13- and magical nights at the Bernabéu with historic comebacks. A tradition that Carlo Ancelotti has joined since yesterday. A well-deserved one: as Mbappe put PSG ahead on the score (0-2 on agg) and everything seemed lost, Ancelotti’s team switched to Champions mode and, with pride, turned the result around. The Madrid fans could not believe it while the Parisians looked shocked in the stands. Benzema’s hat-trick was the final blow from the King of Europe.

“It is the magic of a stadium and a club with a great history. I have played many games in this competition and found few like this. Hopefully, it will be an unforgettable night. It’d also mean we did well throughout the Champions League”. With these words, Carlo Ancelotti explained in a press conference what had happened in the game before getting into detail: “We have suffered a lot, but we have stayed put. We had problems getting the possession back, but Karim’s pressure allowed us to equalize and then the magic of the Bernabéu came out. There has only been one team since we leveled the game.

Now, Real Madrid awaits rivals for the quarterfinals of the Champions League. It catches up with its aspirations to go as far as possible in a competition as challenging and demanding as the Champions League. Few teams move with such ease and epic as the white team, and there is a reason why they proudly display 13 European Cups on their shelves.