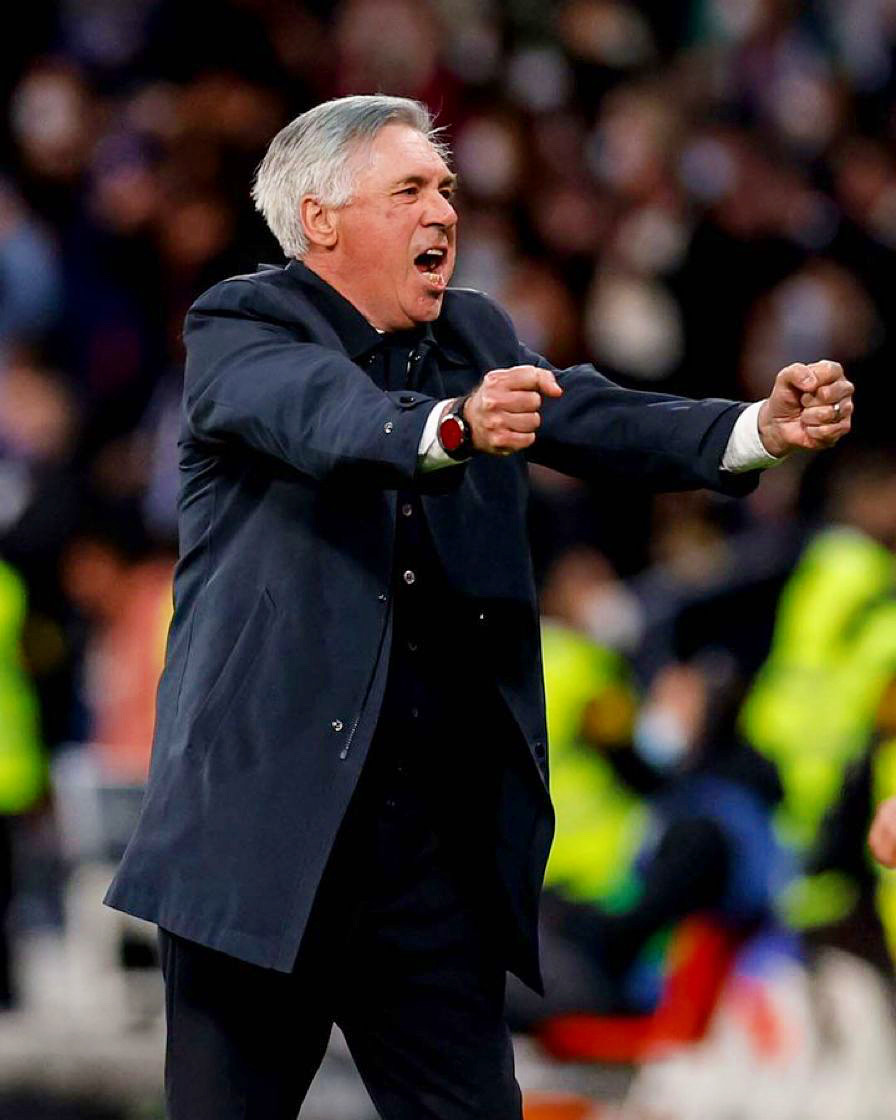 Real Madrid looks at one of the peak moments of the season revitalized and backed by numbers.

Numbers that say that they are the undisputed leaders of the championship in Spain with an 8-point advantage over Sevilla, second classified and, much further away, Barcelona with 15 down. An unappealable trajectory that, in addition, has been reinforced by the excellent image of the team against Real Sociedad (4-1) last Saturday at the Santiago Bernabéu.

The league boost has renewed optimism in the white ranks, who are already thinking of overcoming PSG this Wednesday from 1-0 in the first leg at the Parc des Princes. Ancelotti put it this way: “I think we played very well. The plan was this, press from above. The plan has gone well. We have done very well. Playing like this we are more likely to do well on Wednesday”.

Ancelotti and his team, therefore, meticulously prepare what the game against the Parisian team at the Santiago Bernabeú should be like: intensity, pressure, and accuracy in front of goal are the keys to moving forward in the Champions League. With the path clear in La Liga, the king of this competition is ready to hit the table in the Champions League.