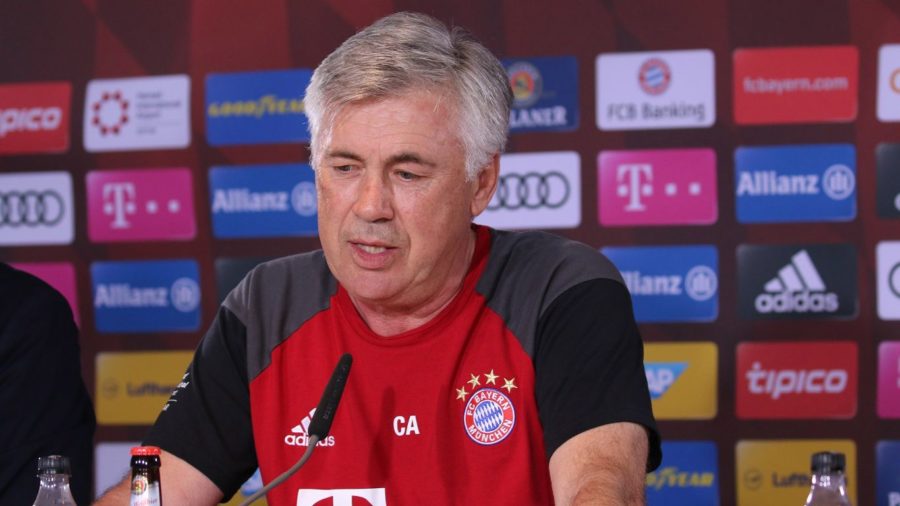 Bayern Munich hosts Ingolstadt this Saturday at the Allianz Arena (15:30 CEST) and hopes to keep its first place in the Bundesliga. Ancelotti’s men will try to continue their good run after two wins in first two games of the league since the Italian took the helm of the bavarian bench: 5 wins in 5 official games, scoring 20 goals and not conceding a single goal. Apart from these fanastic Numbers we have to stress the fact that Bayern has won 17 out of 19 matches as locals with a total score of 59-8 goals.

Nevertheless, Carlo doesn’t want his players to relax and wanrs: “Ingolstadt is fast in attack so we have to give the 100%”. Ancelotti confirmed he won’t be able to count on Lahm, Müller and Renato as they will miss the match.
Latest news
© Carlo Ancelotti
Back To Top
Este sitio web utiliza cookies / This website uses cookies / Questo sito Web utilizza i cookie / Diese Website verwendet Cookies OK+info