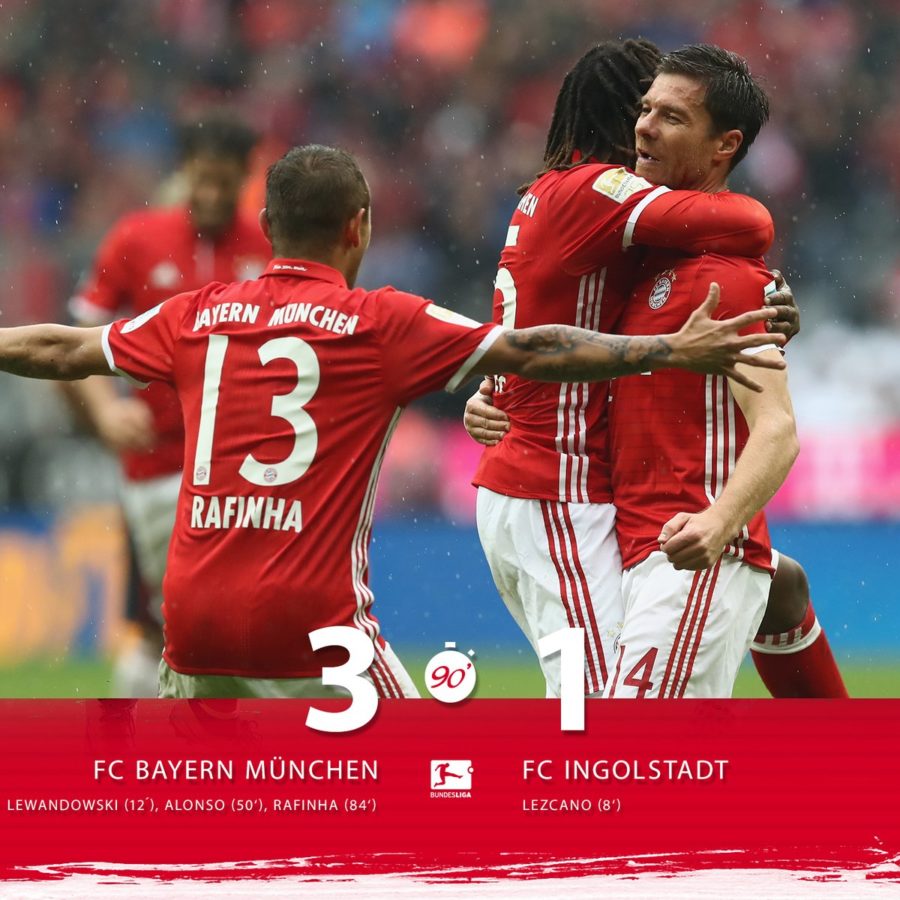 Bayern did not have an easy match against Ingolstadt at the Allianz, an afternoon where Carlo Ancelotti’s team had to fight back to win the game (3-1) that started badly for the Bavarians. Dario Lezcano’s goal in the eight minute was a setback for the Bavarians until Lewandowski came to the rescue to level the game.

“It was a very difficult match. We pressed high up and we had many absences… “summed up Ancelotti to try to explain the difficulties they had gone through until first Xabi Alonso and later Rafinha, with his goals, closed the game. The coach admitted that his team did not play good enough: “Sometimes it is not possible to play well, and other qualities as our punch or Neuer´s saves are then required. It’s a game to learn that nothing will be easy. “

Ancelotti, however, managed to achive the best start to the season in Bayern´s history. Six victories in the first six official matches with 23 goals scored and only one conceded have served for the Italian coach leave their mark on the Bavarian bench.