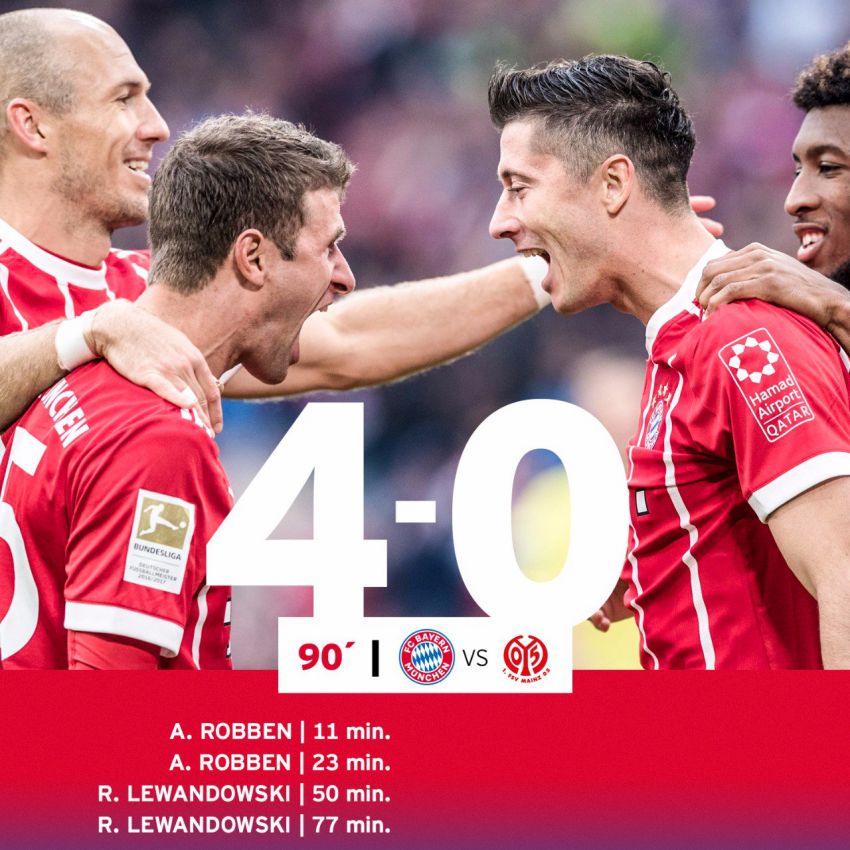 Bayern easily outclassed Mainz 05 and picked up their second win in five days.

Another Bundesliga match at the Allianz Arena and another trashing result for Bayern. The German champion got their second win (4-0) after a five-day scoring festival, this time against Mainz 05.

Ancelotti´s men were far superior in the first half and if it was not for the great performance of the visiting goalkeeper the result at the end would have been even bigger. However, Bayern reached the break with 2-0 on the score, thanks to two goals from Robben, one of the men of the match.

In the second part the Bayern´s dominace continued. And so came the third and fourth goal of the afternoon. A double from Lewandowski that continues his affair with the goal. His first goal came after netting Müller´s a great cross from the right. And the second, with a header that Adler could do nothing to stop it. Second massive result for Bayern in five days and Carlo Ancelotti was very happy. “We played well and created many chances. I am very satisfied, “said the Italian coach.