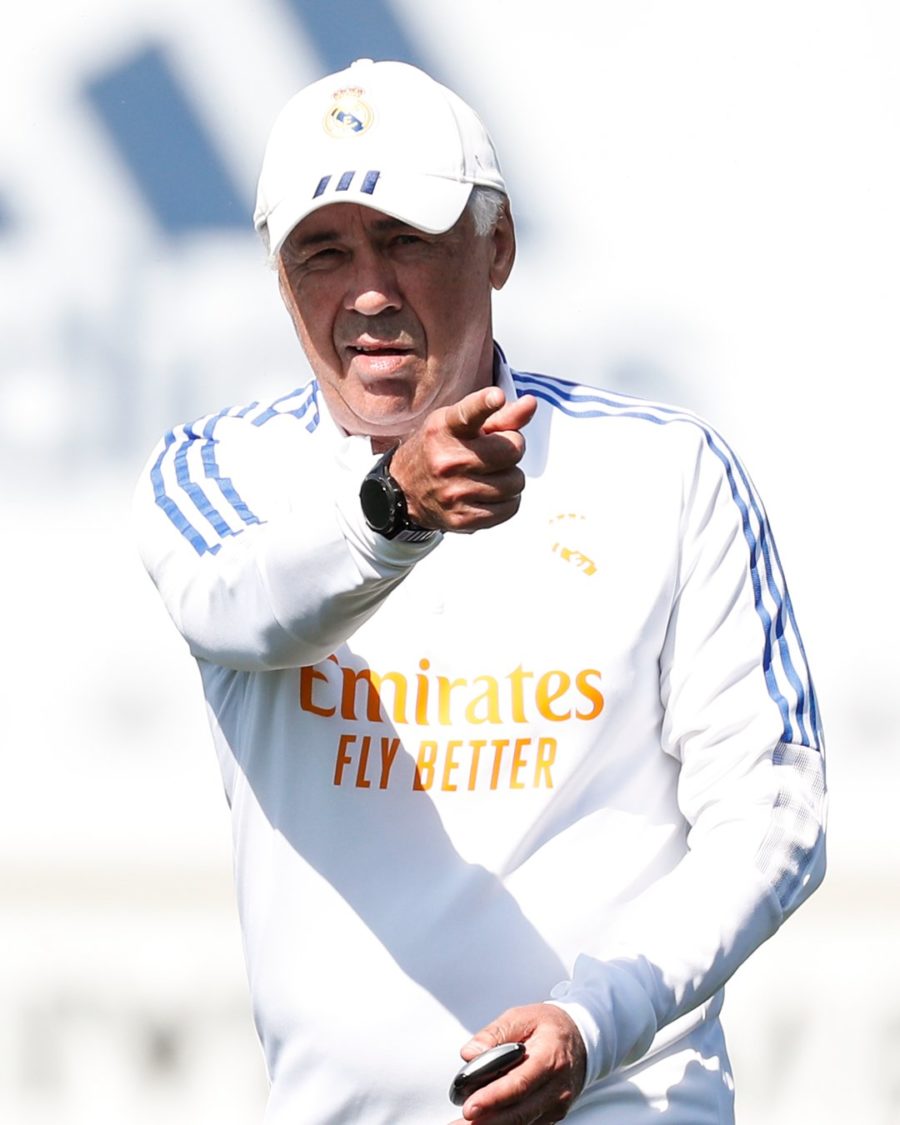 Carlo Ancelotti spoke at the press conference at Real Madrid City ahead of his side’s final training session before the match against Levante (Sunday, 10 pm CEST).

“I think we have to try to repeat the fine performance we put on against Alavés. Of course, we’ll have to improve on our first-half display and play with more intensity and move the ball more quickly. We’re working hard and I’m impressed with the players. I think we can perform well against Levante”.

Benzema
“Karim is a really important player for the side. I don’t need to explain that really. I think he’s matured a lot, shows great personality, he’s a complete player and a fantastic footballer. It’s a pleasure to train him and see him play. He’s signed a contract extension and I’m delighted about that. He’s really committed to Real Madrid and everyone’s thrilled that he’s signed an extension”.

On the absence of Modrić and Kroos
“Both cases are different. Modrić has a minor injury he got in training. I don’t know if he’ll be able to play against Betis, but he we’ll see. I think Kroos will be ready after the international break. Carvajal will be back tomorrow and he’s an essential player for the team and I’m delighted he’s back”.

Asensio
“I’ve spoken to him and he’s done well. He’s returned in good condition after the Olympic Games. He’s been working hard and is motivated. He’s going to be an important player for us this season. He knows that and he’s a quality player. I’m trying him out in a bit of a different position. I’m trying him as a left-sided or right-sided midfielder but a bit further back”.

“Modrić’s absence is a blow for us, but we have a squad which can do well without Modrić or Kroos. Casemiro’s presence is vital. He’s another key player for this team. Valverde did really well against Alavés and we’ve got enough good players in the centre of midfield even though we are without our two star midfielders”.

Hazard
“I think Hazard has done well. He’s not at full fitness yet, but he’s close. He’s worked extremely hard in every training session. I don’t think he’s a player who’s afraid to go into a tackle, but someone who wants to show his quality”.

“I speak to the club every day. The club’s vision in relation to the squad matches mine. Otherwise there are personal details but I don’t think it’s fair to talk about that here. This squad has what it takes to compete for everything. We’ve got some star players here, but I’m not going to mention all of them. Courtois, Carvajal, Nacho, Alaba… I’m going to forget someone. Karim, Bale, Hazard. The squad is full of stars. We have to work together. That’s the commitment I demand and that’s what I tell the players. The stars who can work for the others are the stars who win trophies ”.

Isco
“Isco is really motivated and he wants to show his quality. If Isco is ready, he’ll play. He might play or he might not, but he’s got all the attributes to do so. I haven’t been here in the last few years, but he’s training well”.

On the quality of the squad
“If a player joins Real Madrid it’s because they have quality and the right physical attributes. Then a truly great player shines because he has personality and he’s fearless. For that reason, today in football you have to have the character to be able to show the quality you have in the Real Madrid squad”.

“This doesn’t always happen. Some players have emotional problems, and that’s more important now than it was 20 years ago. When I played, when a player was talented they could always show it, but now football has changed somewhat. Nowadays a player might not have the capacity to reach their full potential”.

Transfer market
“I’m not too concerned about what will happen in the next ten days because I’ve got a very strong squad. I just want to coach and that makes me happy. I’ll be totally focussed on my team over the next ten days”.

On Cristiano
“There’s nothing to say on the matter because after responding to all the rumours, I wanted to clarify that the club’s vision for the future is the same as mine. We’re only looking to the future. That said, I think everyone associated with Real Madrid is fond of Cristiano. He helped me to win the trophies we won and I’ll always wish him the best”.

Ødegaard
“When I spoke to him, we spoke about the competition for places and after the player and his family took the decision. What I would like to say to Martin is that during the time he’s been here he’s shown a true professional attitude. Arsenal is a club he knows well and I think he’ll do well there”.