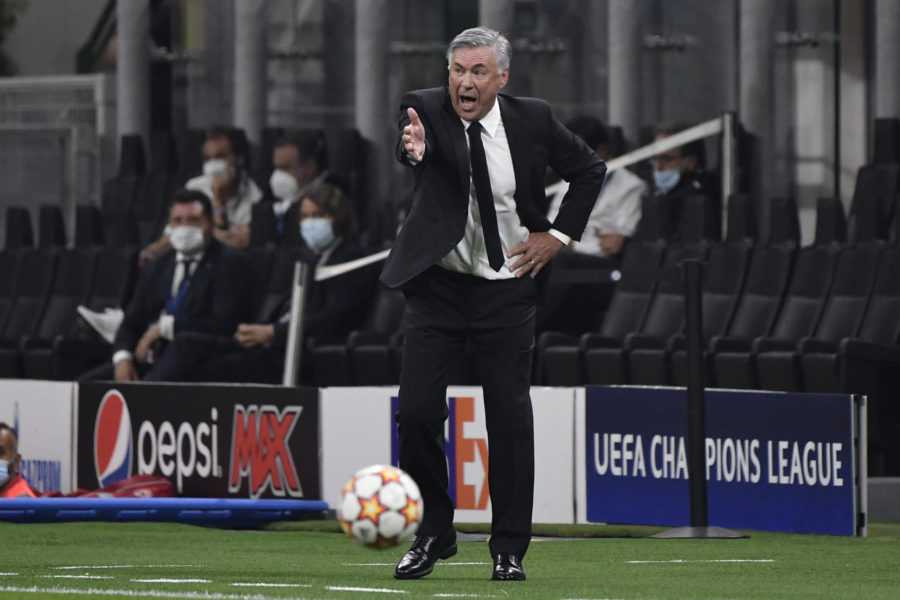 A goal late goal from Rodrygo earned all three points against Inter Milan at San Siro.

Carlo Ancelotti returned to the Champions League almost two years later; the last was on 10 Dec 2019 against Napoli. And did it at his best, winning three crucial points against Inter that at times put Real Madrid back against the wall. A late goal from Rodrygo allowed the thirteen-time champion to debut with a victory in the European competition.

A victory based on the team’s commitment, as Ancelotti pointed out: “It is a significant victory because of the difficulty of the game was, and because winning at San Siro is never easy. I am delighted with the character and commitment of my players”. The Italian coach acknowledged that at moments he saw the victory at risk: “We suffered a lot in the first half, but Courtois saved us. Then the team had a different attitude, and I think that in the end is a deserved victory”.

All in all, Carlo Ancelotti has managed Real Madrid in 26 Champions League games. He has won 20 of them, draw three, and lost another three—77% of victories, the last one this Wednesday at San Siro. No coach in the world can boast about something like this.