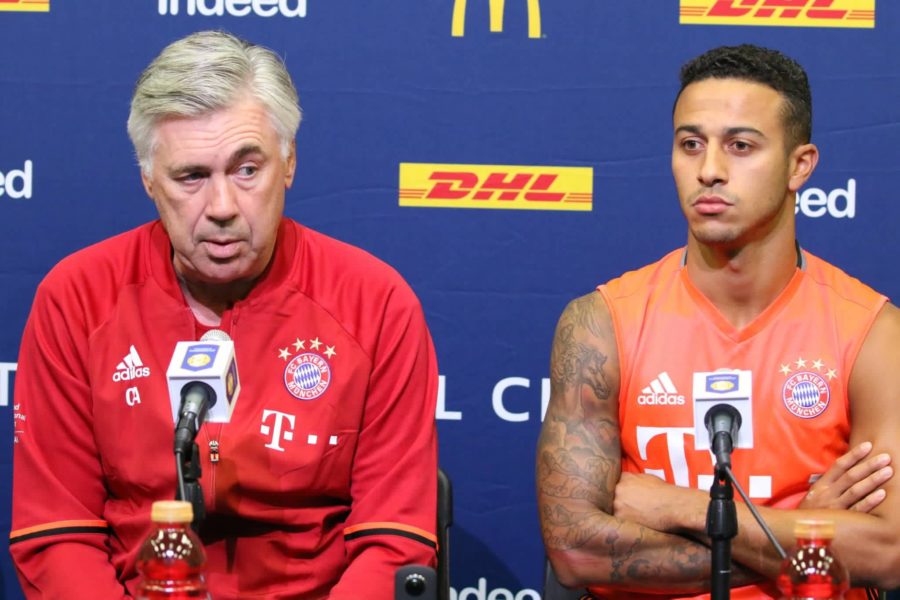 Bayern Munich arrived this Friday to Charlotte, North Carolina, where they are going to play the second game of the Audi Tour against Inter Milan (17 pm local time, 23 CET) after the three all draw against AC Milan and later defeat in the penalty shoot-out. A second stage of the American tour marked by the intense heat, that did not prevent Ancelotti of preparing the second test of the International Champions Cup. “We’ll try to win but mainly we want to do a great work against a complicated rival like Inter”, commented Ancelotti before the training session in press conference.

Ancelotti, after the initial slip up in the tournament wanted to send a message of optimism and confidence to his players: “the team is doing a fantastic work and we are taking this Audi Tour to spend most of the time together and strengthen ties”. In that sense the Italian could not be more positive in his assessment: “I’m very satisfied with the preseason work the players are doing”.