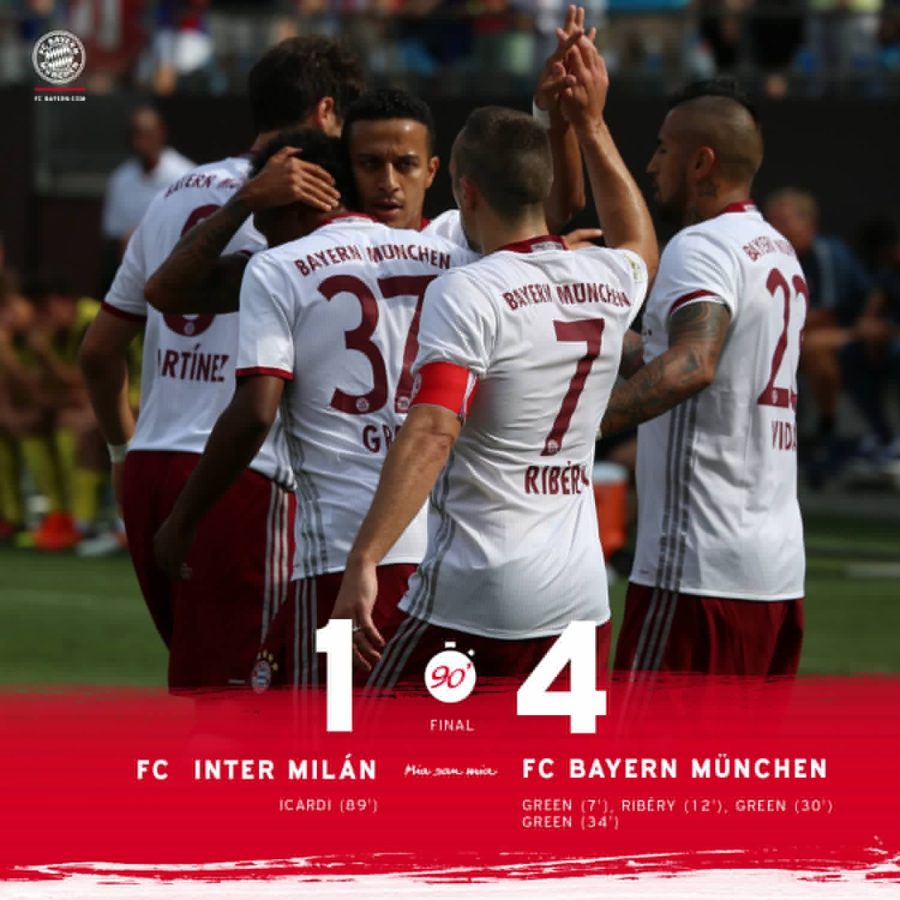 Bayern Munich confirmed the good sensations commented by Carlo Ancelotti on the eve of the game against Inter: “I see my players in good shape”, the Italian knew what he was talking about. In a little more than 35 minutes his team balanced the second game of the International Champions Cup with a thrashing result (1-4) against Mancini´s Inter Milan. A hat-trick from Julian Green and one goal from Ribery were enough to make clear the superiority of the German team. Just Icardi when the referee was about blow the final whistle scored for the Italians to defend his honour.

Bayern, that never gave options to Inter, showed that they are begining to mix football possessions and good combinations in midfield with a strong attack, fulfilling the targets Ancelotti wants for his team to remain as a hegemonic club. The next rival in the Audi Tour will be Real Madrid, undoubtedly one of the great matches of this tournament.