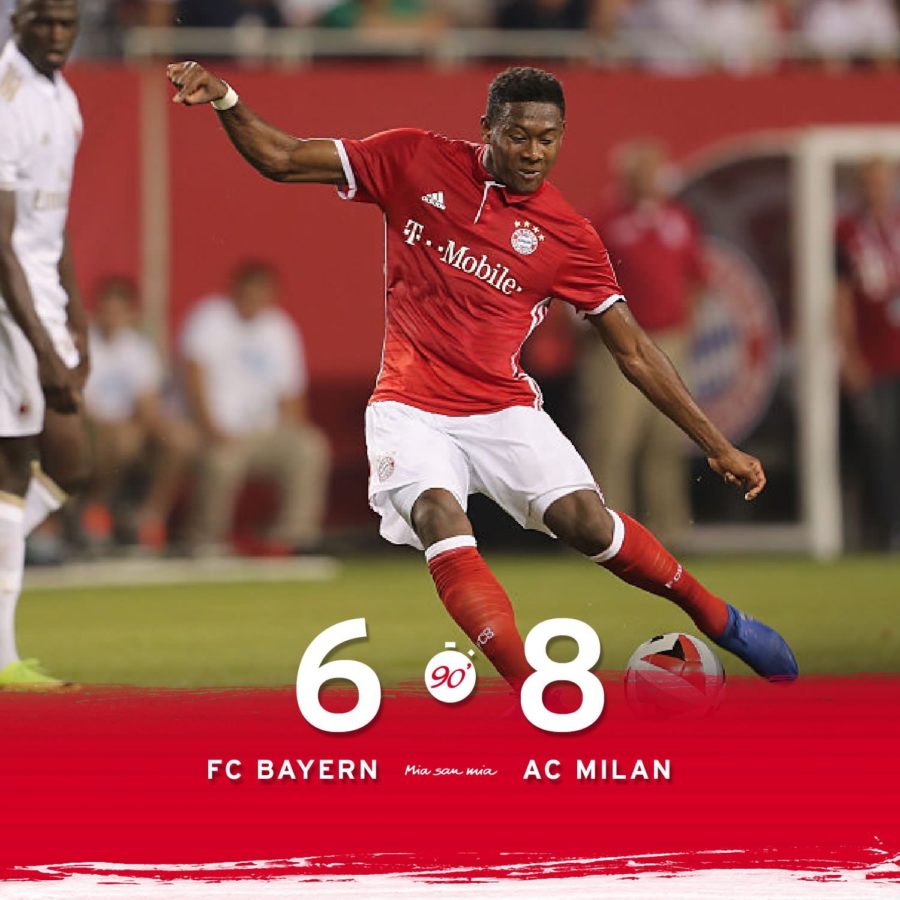 Bayern stopped their good streak at Chicago on the first match of the International Champions Cup. Ancelotti’s men saw how the match went away in the penalty area after a good 3-3 draw against AC Milan. A match that captivated more than 40.000 fans at the Soldier Field stadium with a vibrant football in which Niang, Bertolacci and Kucka scored for the Italians and Ribery (2) and Alaba scored for the Germans, the latter a couple of players that gave good vibrations on the left wing.

The match was marked by the volatile score and for the game of Ancelotti’s players who dominated great part of the 90 minutes. Of course the ones who opened the score were the Italians on the 22′ with a goal by Niang, but soon enough Ribery scored the equalizer and then Alaba scored the 2-1 for the Germans. Bertolacci scored the 2-2 and Kucka on the 61′ gave the 3-2 for the Italians. Then, Ribery, with a penalty very near the 90th minute scored the final 3-3. Rafinha missed his penalty so the final score was 8-6.

Ancelotti, nevertheless, was satisfied with the performance of his team: ” The important things on pre-season aren’t the scores themselves. I think we have performed well and the team has made many good things. In general we are satisfied although I think we have a great margin to improve”. The Italian coach, this way, values what without a doubt is a good match that will make his team be ready for when the important things arrive.