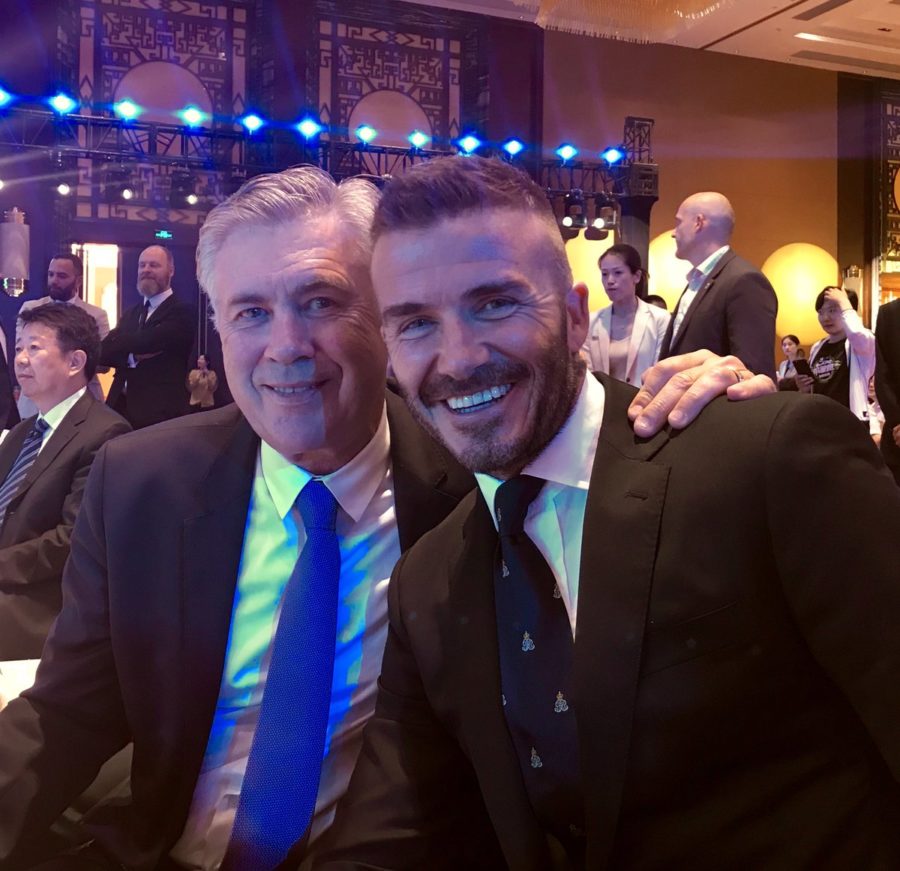 Carlo Ancelotti went to the G-EXPO along with David Beckham, Alessandro del Piero, Ruud Gullit and Alessandro Costacurta to speak about the Russia World Cup.

Ancelotti was one of the protagonists of the Global Football Summit celebrated at Bengbu (China). An event to speak about football and especially, about the next World Cup in Russia 2018. Carlo was accompanied by good friends and colleagues like David Beckham, Alessandro del Piero, Ruud Gullit and Alessandro Costacurta.
All of them spoke about who might be this year’s champion at the World Cup. There was also time to speak about what stars will shine in this edition. Carlo thinks that Messi, Cristiano and Neymar will perform quite well. “Messi and Cristiano have dominated football in the last years. Neymar has made a great season and is already fit after his injury. He has prepared the World Cup as deserved and I hope he can give us a surprise”, said the Italian coach.
Latest news
© Carlo Ancelotti
Back To Top
Este sitio web utiliza cookies / This website uses cookies / Questo sito Web utilizza i cookie / Diese Website verwendet Cookies OK+info