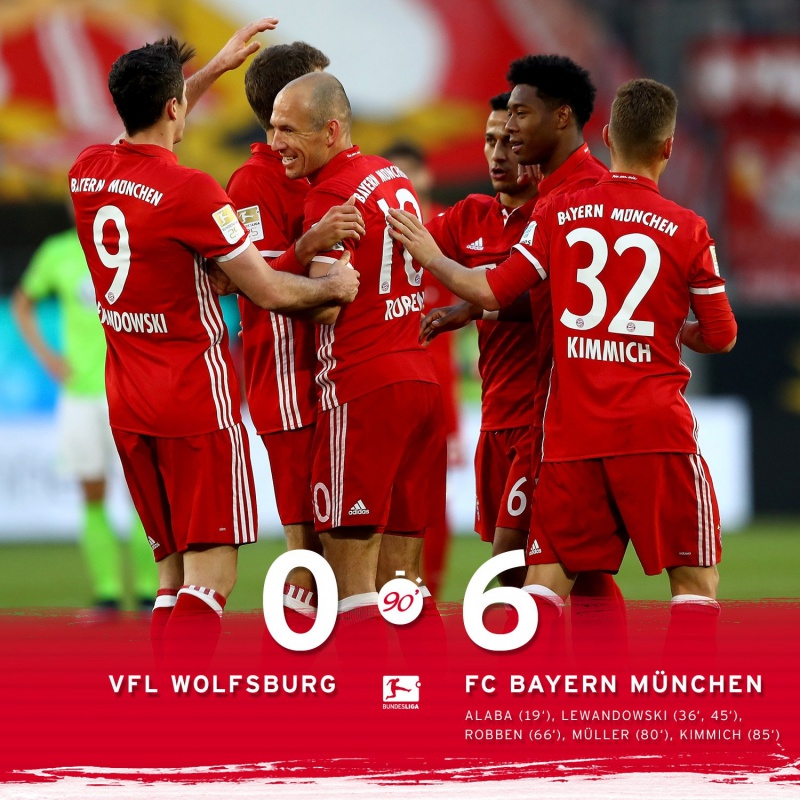 Bayern won the Bundesliga after trashing Wolfsburgo (0-6). Ancelotti’s men take their opportunity and conquered the league title in their first attempt. After Leipzig defeat, Bayern went for the game from the beginning and solved the game in the first half thanks to goals from Alaba and Lewandowski (2). After the break Bayern continued in the same way and Robben, Müller and Kimmich closed the game that meant the league title.

Bayern has won the league for the fifth time in a row. A record Ancelotti has a lot to do with. That’s why he was so proud: “I’m very happy, we deserved to win the league and this year in Germany has been a great experience. I think we have done a great job this season”.