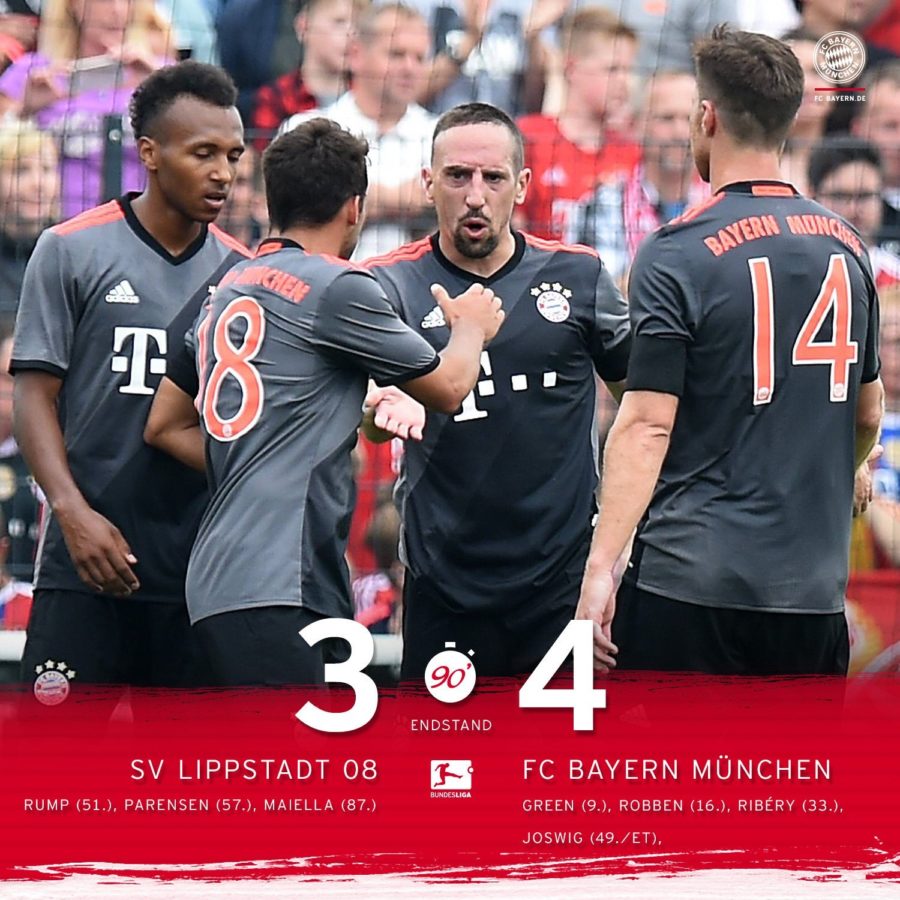 Carlo Ancelotti has started his journey as Bayern boss as usual: with a win. In his first match held in Westphalia, the Italian coach saw his team, who are still in test phase, claim their first victory of the season having defeated SV Lippstadt 08 3-4 in an encounter marked by the prominent presence of academy players. A positive first test, however, witnessed the lamentable departure of Robben after 36 minutes of the fixture due to muscle discomfort; he had just returned after a four-month absence.

Ancelotti opted for a 4-3-3 system in his first starting XI. The Italian coach selected Sven Ulreich in goal and the quartet of Rafinha, Javi Martínez, Felix Götze and Juan Bernat in defence. The midfield consisted of Philipp Lahm, Xabi Alonso and Benko. Meanwhile, the trio of Robben, Franck Ribéry and Julian Green formed the attack.

The match, which was preceded by a minute’s silence in memory of the victims of tragedies in Nice and Turkey, seemed to have been settled by the half-hour mark. The first player to score was Julian Green (9’), followed by Arjen Robben (16’) and Franck Ribéry (33’), thus handing Bayern a comfortable 0-3 lead at the break. The scoreline became 0-4 shortly after the restart thanks to another goal by Green. The home side, however, did not give up and they tested the Bayern goalkeeper until they reduced the deficit to 3-4, which ended up as the final score. 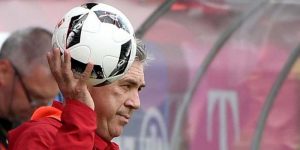