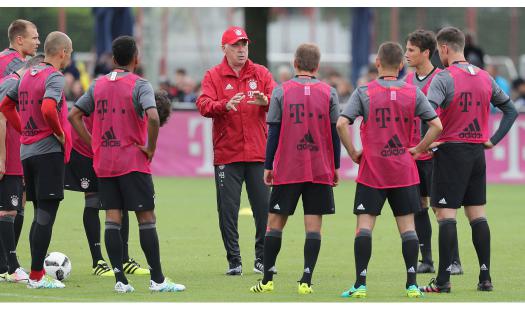 Pre-seasons are the perfect testing ground to define what a coach expects from his team during the season. In this sense, Carlo Ancelotti has already taken his first steps at Bayern Munich.

Since his unveiling on Monday, the Italian coach has enjoyed five days of intense work to familiarise himself with his new players and sow his first ideas of what he expects will be a great Bayern. It’s an objective that seems to have been covered with satisfaction.

“I try to explain the exercises in German but sometimes I switch to English, but there is no problem. We have completed a good first week of training sessions,” he said. 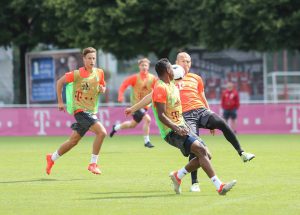 After the final session of work at Säbener Straße, the new coach of the Bavarian side appeared before the media to speak about Saturday’s match against SV Lippstadt 08 (Stadion Am Bruchbaum, 17:00 CEST), which will be his first on the Bayern bench. It is a match that the Italian coach will face with excitement and an essential premise in his ideology.

“It’s our first match and I want to see a good attitude from the team. That is the most important thing in these moments,” he said.

A message that Ancelotti repeated was when he was asked about the system of play that he will employ.

“It’s not the system. The most important thing is the team spirit. My players should take to the pitch like one unit and help each other,” he added.